In-game audio should create a strong sense of immersion, and contribute to gameplay by providing players with better situational awareness. Thanks to the recently implement new audio engine, the Eden Update will reinforce Arma 3 with significantly improved audio, especially when it comes to the sound of gunfire and explosions. Let's take a look at 10 of our favorite things about Arma 3's audio upgrade.

To start of with the most essential improvement, nothing new would be possible without the complete refactoring of Arma 3's core audio engine. Thanks to our excellent programmers, we now have new a solid basis to build on (and its optimization continues!).

As a result of the new audio engine, sound has now become a more complex, powerful object, and we are better able to define its behavior. This involves the selection of wave files, defining the layering of sounds based on distance (or any other game variable), attenuation curves, the application of filters and simulations, and how the engine handles playback.

We have implemented a new general class, which enables us to define the desired relationship between two parameters. The most common 'relationship' is distance volume attenuation, which means the further away you are, the lower the volume will be. However, as you might imagine, there can be many more relationships other than volume, which enables us to get our in-game audio far closer to the 'real thing'.

In our new configuration options we can use Transition Curves to define where a specific sound sample should be played. This means you can hear gunfire as a smooth mix of different samples based on distance.

We're introducing two new playback methods (both with their own customizable parameters) which handle stereo samples playback. These are the Stereo Emitter, which creates two virtual speakers (one for each channel) in space, and the Multi-Channel Panner which behaves as a smooth transition between mono positional sound and surround ambient sound. To give an example, thanks to the latter, you can hear a shot reflection sound smoothly turning into a surround sound when moving towards a shooting soldier.

Due to the new sound configuration options, we were finally able to use our own library of shooting sounds recorded from various distances. We have also completely remixed sounds for explosions and added debris sounds. While there is still space for improvements, we believe it already pushes the audio experience in combat situations to a whole new level. 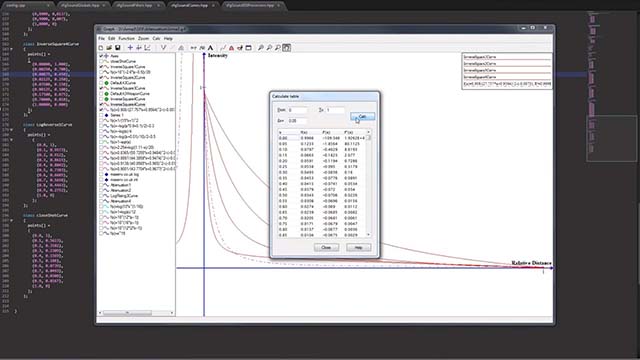 A new configuration of the 'super sonic crack' feature makes it so that the crack itself remains a short positional 'snap' sound, but its reflection (mixed according to environment) behaves as a surround sound in closer distance.

The frequency attenuation calculation method has been improved, and an option to set a custom setting for specific sound was added. It affects mostly vehicles, which means you can hear more realistic sound of, for example, an incoming helicopter.

We have finally managed to implement a class where global sound parameters settings are defined. This gives us the possibility to simply tweak global/default sound behavior.

The new sound engine, with its architecture of sound objects, has massively increased the level of audio customization, which is beneficial for us, but also to modders. Furthermore, the new system also unifies all of the audio features we have ever used, making it much easier to understand how sound in Arma works. Last but certainly not least, one of our amazing community members, Megagoth, is taking care of the public documentation, which will appear on the Community Wiki soon (a massive thanks for his help!).

All in all, the Eden Update represents an important step forward when it comes to Arma 3's audio. And even though this update is primarily focused on audio features related to shooting and explosions, there will be plenty of additional improvements to other ares of the game's audio in the coming months. A new era of Arma sound has begun!

Of course, the best way to experience the upgraded audio is by immersing yourself. You can do so after installing the recently released Eden Update, which is a free platform update for all owners of Arma 3.