In this contest, you're invited to create content for charity in several categories with a chance to win art-themed prizes.

A selection of entries and all the winners will feature in the upcoming Arma 3 Art of War DLC. In addition, Bohemia will develop and add extra playable content to the charity DLC in the form of two official showcase scenarios. This will include a virtual gallery, filled with your submissions from the 2D artwork and bonus screenshot categories, and a short singleplayer scenario that will make use of the winning assets in the other contest categories.

100% of Bohemia's proceeds after tax from direct sales of this title will then be awarded to the International Committee of the Red Cross. Finally, after approximately 10 months, the DLC will become free for all Arma 3 players to enjoy.

There are several categories and subjects you can participate in, including a separate 2D art category based on a unique theme. Furthermore, there is also a smaller bonus category for screenshots. 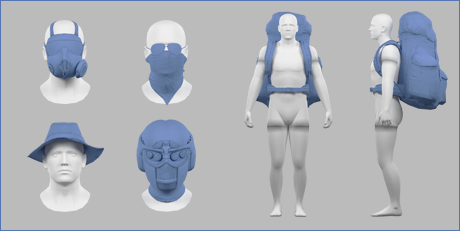 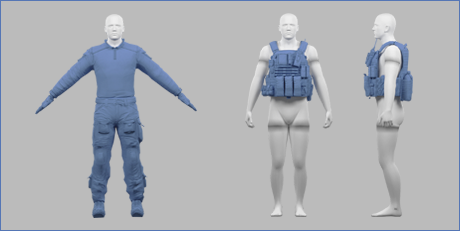 This special category is open for 2D art in any medium, on the theme of International Humanitarian Law in future conflict. Some examples may include:

Entries must be submitted digitally. Therefore, drawings and paintings will need to be scanned or otherwise reproduced in an electronic format. Digital art and scene renders are acceptable, as are screenshots.

Owing to popular demand, we have recently extended this contest to include screenshots as part of a new bonus category. Entries may be on any theme or subject.

Besides supporting a charitable cause and the chance of having your name in the Arma 3 credits, this contest also offers a selection of prizes for the 4 main categories. Prizes awarded for screenshots in the bonus category are distinct and not separated by tiers: 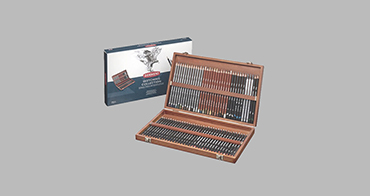 You must be over the age of 16 to enter.

Your submission must be your own work and not based too closely on existing, real-world things. Also, please be mindful that images found online, product logos, fonts, and tools for software like Adobe Photoshop are subject to copyright and user licenses. Similarly, avoid any advertising, as well as obscene or offensive imagery and texts.

For the purpose of creating your entry, feel free to use and expand on Arma 3's intellectual property in accordance with the EULA. If anything, we'd actively encourage you to do so!

Assets created for the Prop, Accessory, and Clothing categories must be modelled on one of the specific subjects given. Likewise, 2D artworks must be on the theme of International Humanitarian Law in future conflict.

Although you're welcome to promote your entries on social media, please do not share your entries (or any source material for textures) with others, either publicly on the Steam Workshop or with third-parties for the duration of the contest. Furthermore, winners of the contest must do likewise until the Charity DLC becomes free for all Arma 3 players.

Last but not least, click here and ensure you read all of the Contest Rules in full. By submitting your entry via the submission form you declare you fully understand and agree with them.

The Art of War contest has now ended and is closed to submissions. The winners were announced on August 19th, 2020 and can be viewed here.

What is the Art of War contest about?

In a word — charity!

The aim is to raise a sizeable donation, and you're invited to help. The contest welcomes 2D artwork and 3D models from a set range of categories and themes. The winning assets and a selection of others will be available as part of our new Arma 3 Art of War DLC. This small but inspired release will be available to buy for 1 year before becoming free to all. 100% of Bohemia Interactive's proceeds (after tax) will be awarded to the International Committee of the Red Cross for their commitment to providing humanitarian protection and assistance for victims of armed conflict and other situations of violence.

Who can enter the contest?

Anyone over the age of 16 is allowed to enter. Please see the Contest Rules for more information.

Why should I join and what can I win?

Aside from an opportunity to make a meaningful difference in the world by raising money for the International Committee of the Red Cross, you can also win a selection of prizes, get your name in Arma 3's credits and actively participate in the development of an official Bohemia Interactive release. More information regarding the prizes and categories is available here and is provided in the Contest Rules.

How can I join this contest?

It's easy! Read through the Contest Rules on the Art of War web page then use the online Submission Form to send a download link to your entry before 15th July 2020 at 12am CEST (GMT+1).

What are the deadlines?

Can I share my submission on the Steam Workshop?

No, you may not submit your entry to the Steam Workshop, or share with any third party, until you have been informed via e-mail by Bohemia Interactive that you have not been successful in the contest. If you are lucky enough to be among the winners, you may not release your entry until the end of the sales period for the Arma 3 Art of War DLC.

How will the judging process work?

The selection of the finalists and winners in the Prop, Accessory, and Clothing categories will be made by a jury consisting of active developers at Bohemia Interactive. Evaluation will be based on the submission's own merit and judged anonymously. Special consideration will be given to technical finesse and overall compatibility / comparability with existing Arma 3 assets. The special category for 2D Art will be judged by the International Committee of the Red Cross and will be assessed on how well the work interprets and communicates the theme of International Humanitarian Law in Future Conflict. Composition, design, originality, technical skill, and the overall impression of the submission will be taken into account. Finally, regarding the bonus category for screenshots, this will also be judged by Bohemia Interactive. There will be no nominations for finalists. Instead, all winners will be chosen directly.

What do I need to do to enter this contest?

First and foremost, we urge you to read the Contest Rules thoroughly and to give careful consideration to the categories and subjects. If you are participating in any of the three categories specifying a 3D model, we also recommend you check out the Contest Resources and explore the Useful Links section. Although not mandatory, we additionally encourage you to keep a work log of your entry, either with photographs or renders of your progress. Once you've finished your entry, fill out the Submission Form in full and ensure the download link is correct. All submissions must be made before the deadline (see above).

Can someone's submission be disqualified?

Yes, and for many different reasons, such as not meeting the requirements, violating someone's rights, or else. Read through our Contest Rules for more info.

Can I submit a painting for the 2D Art category?

Entries can be created in any medium. Just remember that all submissions to the 2D Art category must be sent to us digitally via the submission form here. So you will need access to an image scanner or digital camera. If you are taking a photograph of your work, please pay special attention to lighting and reflections.

If you can’t find the answer to your question in our FAQ, please e-mail us at artofwar@bohemia.net.