One of the absolute highlights in the upcoming Arma 3 Eden Update is the Eden 3D Editor. Creating your own scenarios has never been this simple and fun! Let's take a look at 10 of the standout features and improvements.

The most important change is the ability to create your scenario from within the 3D game environment. This makes it much easier to build detailed object compositions, and keep a good sense of what your scenario will eventually look like. But, if you prefer to work with the traditional 2D map view, you can do that too! In some cases, this can be quite useful, for example when you want to set waypoints. The choice is yours.

But what about the thousands of scenarios made with the original editor? We are happy to report that full backwards compatibility has been preserved. This means all of the existing user-created scenarios will still work and can even be loaded into the new Eden Editor. 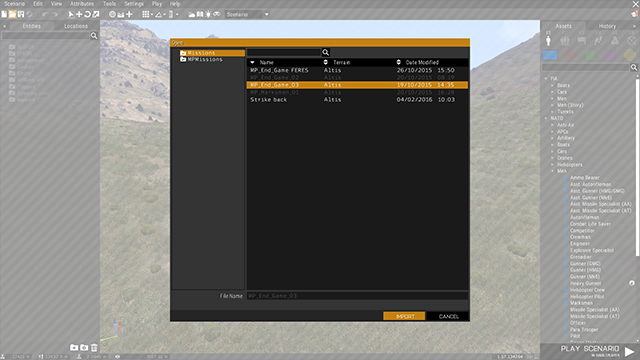 This 'small' addition is going to make a big difference. Due to technological limitations, it was not possible to undo or redo changes in the original editor. But, as silly as it might sound in 2016, the undo/redo button is finally here. Use the history list of operations to experiment and recover from mistakes.

With the vast library of official and unofficial content in Arma 3, it could become challenging to find specific weapons, vehicles or objects for your scenario. However, thanks to new code powering the Eden Editor, users will finally be able to search for assets by simply typing the name into the search bar.

If you are familiar with Photoshop, you probably already have a pretty good idea of how layers and the entity list in the Eden Editor work. In short, you now have a clear overview of all the entities placed in your scenario, and you can define custom and nested collections of entities to manipulate them as a set. 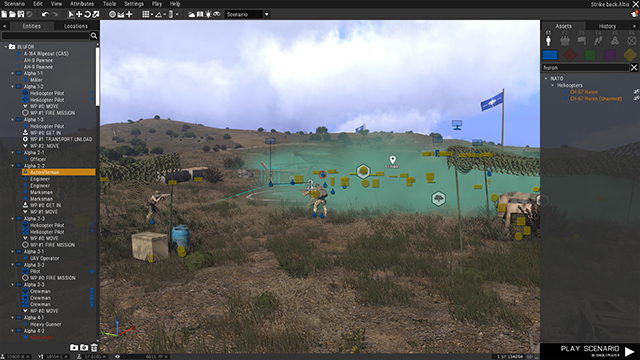 Added in a recent platform update, the Arsenal provides a 3D library of Arma 3's assets. From here you can then select and save your favorite loadouts. While the Arsenal used to be only accessible via the Arma 3 main menu, the feature has now also been integrated into the Eden Editor. This makes it incredibly easy and useful for customizing the characters in your scenario. And, for those who don't know, user-created addons (such as weapons and gear) are added automatically to the Arsenal and Eden Editor library (if configured correctly). 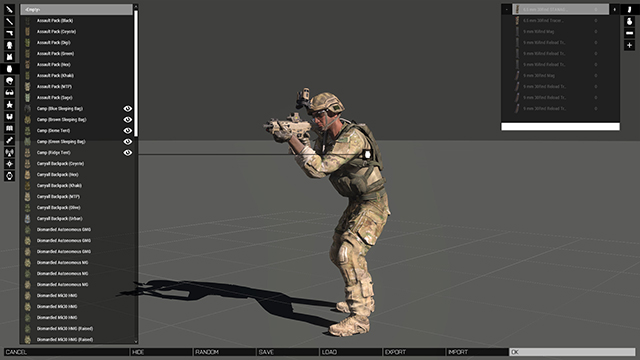 In the original editor, the roles, ranks and loadouts of vehicle crewmen could only be customized via script. Now, thanks to Eden Editor's intuitive user interface, designers can directly manipulate characters in vehicles to suit their scenario. 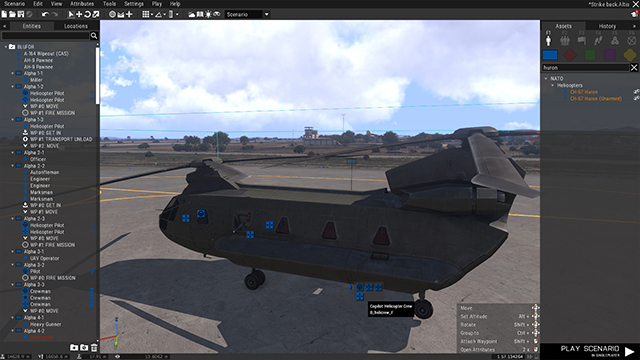 Presentation and storytelling can be an important component for building your own scenario. This includes things like its Title, Author Name, Overview Text, Overview Image, Briefing and Debriefing. These elements, and many other customizable parameters such as respawn time, are all recorded in the scenario's description.ext file. While before this file could only be edited via a text editor out-of-game, major parts of the description.ext can now be edited from within the Eden Editor itself. Much simpler, much more direct, and much more user-friendly! 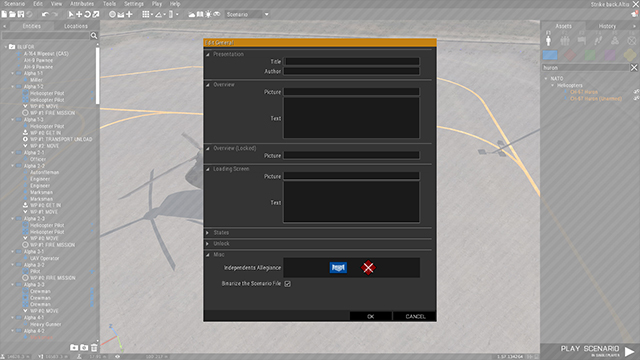 Since the Arma 3 Beta, users have been able to publish their scenario directly from within the Scenario Editor to the Steam Workshop. With already more than 17.000 user-created scenarios on the Workshop, it has been a more than welcome feature, and things will be no different with the Eden Editor. Thanks to new editor's superior functionality, you can expect even more, and even better, scenarios on the Arma 3 Workshop – all for free and available to play with the click of a button. 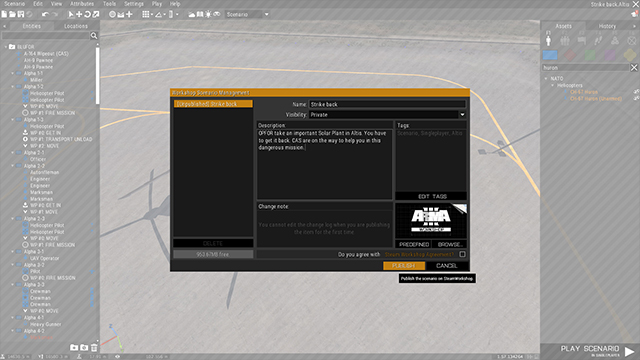 The new editor has been designed to be fully moddable. This means users can enhance the editor itself via custom plug-ins and tailor it to their specific needs. For this reason alone, you can be sure that the Arma 3 Eden Editor will remain relevant for the next decade or more.

Of course, the best way to experience the new editor is by going hands-on. You can so with the release of the upcoming Arma 3 Eden Update, which is a free platform update for all owners of Arma 3, and is scheduled for release this month (February 2016).