Arma 3 hails people of every flavor from all over the world. To get to know them a little better, we're hosting a series of mini-interviews with some of our amazing community members. These aim to give you a personal insight into their backgrounds, why they got into Arma, and how they typically experience the game. In this issue, we interview Whiplash, a skilled content creator of Arma 3 screenshots, missions, and mods. 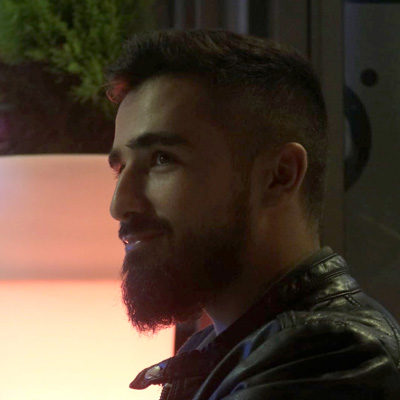 I own a medieval sword, just Portuguese things.

So what is the origin of the name Whiplash?

Was listening to Metallica - Whiplash; Boom - “Whiplash” it is.

Arma 2 Free was my first Arma game, though I spent more time on Operation Arrowhead Demo (believe it or not). Just like back then, most of my time was in the Editor just making missions for myself to enjoy.

Arma 3 is the obvious choice, but I feel I have to include other games here such as Hearts of Iron IV, Battlefield 3, the Silent Hunter series, Red Orchestra 2, Prison Architect, and Sea of Thieves. So I’d say I’m around the simulation/strategy/historical type of game genre.

What is your favorite song or music genre of all time?

I enjoy listening to every genre, and my taste in music changes all the time, but I’d say my main music genre is Metal/Doom.

I used to live in Southern Italy, so I know this is a war crime. 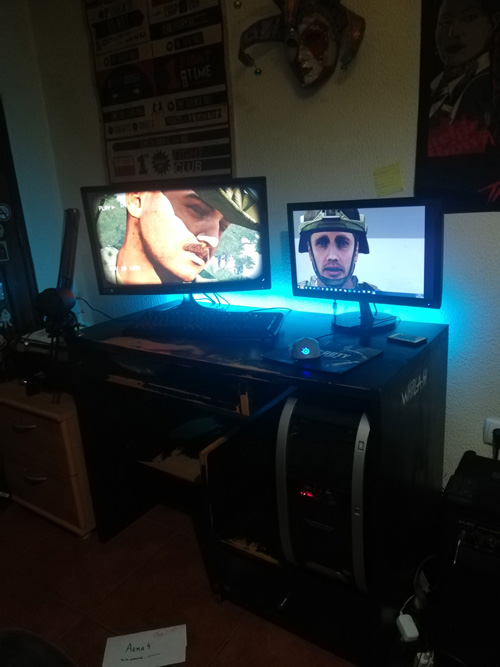 Dslyecxi and CHKilroy were my initial inspiration for getting into Arma. I started watching their videos at a time when I didn’t even own a computer. I was a simple console boy at the time. Over the years I watched their videos and when I finally managed to get a PC I immediately installed Arma 2 Free. When Arma 3 was announced I immediately purchased the Supporter Edition.

Most of my time in Arma is still in the Editor I’d say. 90% of the time working on screenshots that I don’t even publish or show anyone.
Ever since June 2019, I play with Delta Platoon. We play with the Unsung mod and have coop missions every Sunday, usually with around 40-60 players. I am the unit designated photographer, so it’s my “job” to get screenshots from the missions we play. This proves to be quite a challenge because it means I have to take live-action screenshots while taking fire and moving the Splendid Camera around. But I do love a challenge, and in the end, I capture amazing moments from the unit.

When did you start getting into making Arma screenshots?

I got into screenshots pretty much as soon as I started to make missions but I especially got into it as soon as Arma 3 introduced the Steam Workshop. I wanted my published missions to at least look presentable and informative in order for people to want to download and play them so that’s when I started to spam F12.

If there are a lot of images you don’t publish or show anyone, what’s the process of deciding what (and what not) to show?

This one can be difficult to answer but for the moment I’d say I give preference to images that I know/feel are unique in some way. I dislike doing the same thing over and over again so, if possible, I try something new.

Can you show us a screenshot you enjoy the most that you’ve taken?

This was very, very hard, but these are the ones I choose:

This picture was taken during an "Ops day" (as we call it) with Delta Platoon members. It shows our Platoon leader and one of the squads listening to the mission briefing. I especially enjoyed this one due to the fact it was taken during live gameplay (which can be really hard to take).

My recent Vietnam picture, I'm proud of this one because I tried this exact idea before and couldn’t get it right, but I feel I did it here.

Vietnam War PBR Boat - I love this one because it feels very dramatic and it reminds me of Apocalypse Now so much.

Raising money for the Australian Red Cross to help fight the Australian bushfires with the help of the Arma community, while creating the ARC Van, was absolutely amazing. The issue felt very personal to me as it is, unfortunately, a very well known reality in Portugal. Still can’t thank all of those who took part in the campaign enough.

Having over 250,000 total subscribers on Steam Workshop (with Arma missions and a couple of mods) still to this day is also pretty insane. But, despite all these, I still believe my most remarkable moment is yet to come.

POLPOX's Artwork Supporter mod is the first obvious one for me. It's incredibly useful for those who enjoy working with screenshots/artwork. The Eden Editor was a time-saver and a blessing from the gods. I still remember the days where you had the 2D editor to take pictures with. The Unsung mod because, despite their old models and textures, it proved to me that you can have huge amounts of fun when you play with the right group of people. Task Force Arrowhead Radio, because it’s very useful.

By the way, you don’t need to use a radio when you’re 5 meters away...

When in doubt, ask or double tap (depending on the situation).

BONUS: What chore do you absolutely hate doing?

Making my bed, because I’m terrible at it.

First, I would like to shamefully take this opportunity to share my Discord server dedicated to Arma 3 screenshots, where other community members and myself share their screenshots/artwork/videos/tools experience, plus give tips/tricks on Arma 3 artwork. So if you’d like to learn more or simply take a peek at the beautiful images provided by the Arma community, feel free to join!

Secondly, I would like to thank all the kind words from people throughout the years, it still feels strange to me how something as simple as a video game picture can get the reactions that it does but it makes me happy that people get happy so *thumbsup*.