Arma 3 hails people of every flavor from all over the world. To get to know them a little better, we're hosting a series of mini-interviews with some of our amazing community members. These aim to give you a personal insight into their backgrounds, why they got into Arma, and how they typically experience the game. In this issue, we interview IceBreakr, Arma 3 terrain maker, modder, and community veteran. 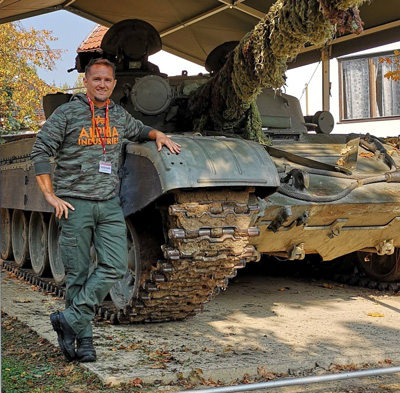 My nickname has nothing to do with actual ice or icebreakers, but more about William Gibson’s novels.

So what is the origin of the name IceBreakr?

Many people guess, but I usually tell them to go read a book called Neuromancer, a 1984 novel by William Gibson.

I’m fairly certain the Steam counter broke, but I think it’s well over 7000 hours - not counting the time I spent in Terrain Builder and other tools for Arma 3 terrains. I usually play one day per week and the rest of it is creating content.

The Arma series, of course, but there are so many games that I’ve adored as a kid. I’ve played on many platforms beginning with ZX Spectrum 48 in the early '80s, Amstrad PCW, and then a whole list of PCs; ranging from monochromatic XT 8mhz to I9900K (with RTX 2080s) that I use right now. Fun fact: I almost never play singleplayer missions in Arma series - cannot find the time, fully busy running around with my team.

Cars are my big passion. I love to race with them. Shooting range, mountain biking, skiing (mostly in Austria), running, exploring nature and cultures in various countries, etc.

What is your favorite food of all time?

Anything Italian, really; except, for seafood. I love to test out taste buds. I’ve done cooking schools, and I constantly create something for my close friends. So yeah, I love to cook - “I’m just a cook” like Steven Seagal said in Under Siege 2.

Well, I got a pineapple on BBQ plate in the Czech Republic back in 2018, when we were hanging out with the Bohemia team. So I guess a little slice on pizza won't kill me, but I probably wouldn’t order it by myself. 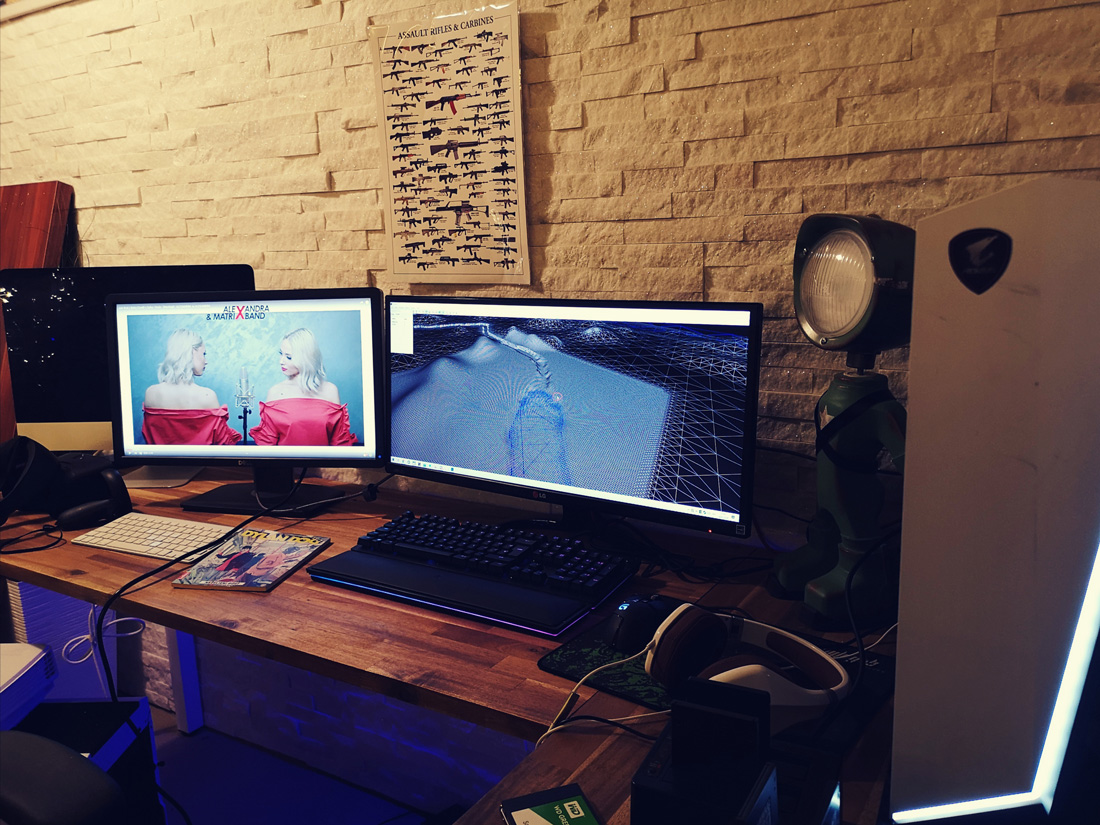 I love realistic shooters, as I’ve been involved with many games during the '90s. I’ve managed to put together a group of guys that love to do the same - play milsim and occasionally hang out in real life too to discuss military stuff, share experiences. But it probably also helped that I just came out of Army conscription service in 2000 and I’ve been looking for something more challenging than dull patrol and guard duties of real life.

Usually, I’m in various game editors and I only play one evening per week with guys to “blow off steam.” I love to create new stuff, bring my vision to other players, and see them find happiness and joy in my work. That is all that matters.

You also design Arma 3 terrains and mods for the community! What started that hobby?

I have to thank Sgt. Ace (Atsche) for bringing that curse over me! The Arma community has a really cool group of people (and also old farts like me) and we try to help each other. I've even met members of the community in real life and become close friends with some. I've done several projects, but my biggest passion is new terrains that I bring to the community. For free, of course.

Do you have a favorite terrain that you’ve made?

Well, each one of them is somehow special to me, so again it's hard to choose just one. I still cannot discuss some of the unreleased stuff, but I think Arma players will enjoy more of my maps. I am pretty happy with Fapovo Island, a fictional Slavic country that utilizes new Livonia (Arma 3 Contact expansion) content that was introduced to the vanilla game. It was pretty emotional to find a long-forgotten song written for me by late-member of Arma community Bushlurker and compose it into the introduction video of the island. That makes this island pretty special in my eyes. 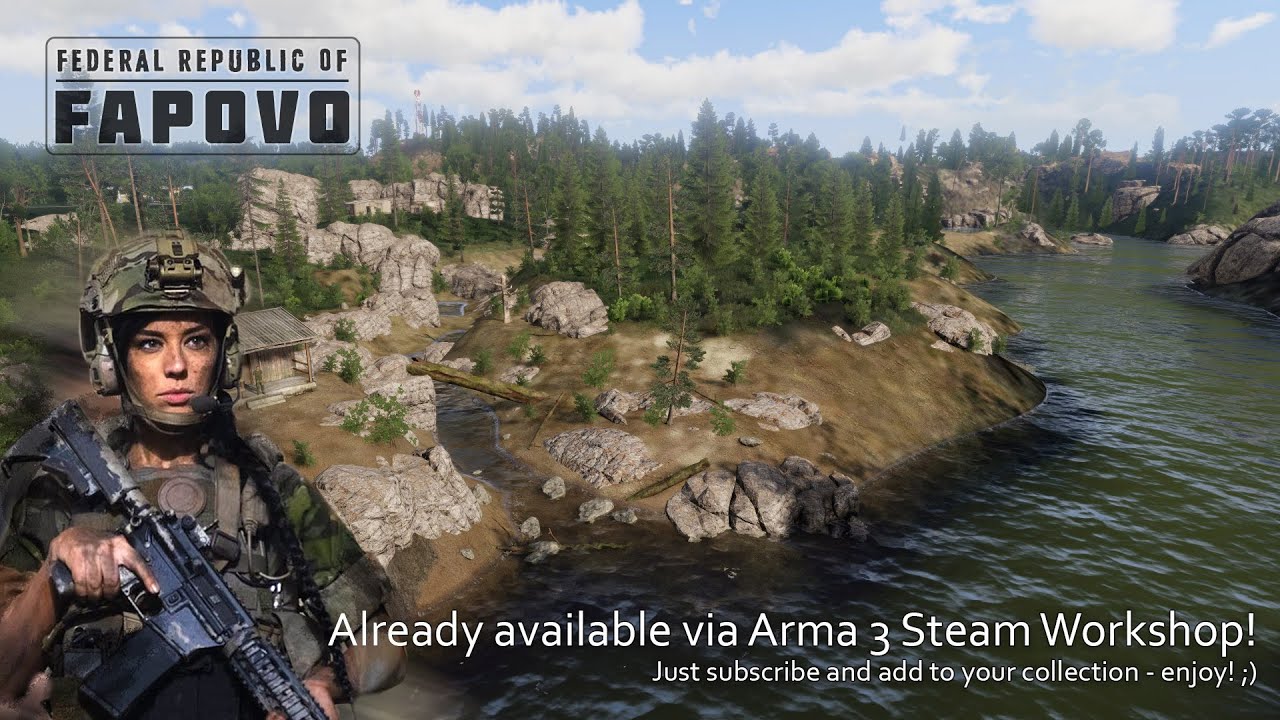 If you recreated a real-world location in Arma 3, where would it be based on?

Oh, I have done several of those already. Panthera is for example based on Northwest Slovenia, of course miniaturized. I can tell you I have a “New Everon” on my hard drive that is based on real heightmap data of Island Krk in Croatia, but unreleased. I am also pretty proud of two Angola maps that were done for South African Special Forces. Their veterans were reenacting historic, real-world missions in Arma 3 so they asked me to help them out. Two terrains are in Angola Maps pack on Arma 3 Steam Workshop and they are based on real data. One of them had to be totally remade back to the 1970s, which means a lot of buildings and roads removed.

So many stories to share, so little time to write them all down. I'd rather discuss that on TeamSpeak with a cool beer in my hand. Most remarkable moment? Our team had just bought Arma 2. We hosted a mission on Utes where we had to stop Russian armor advancing into the village. Due to limited AT weapons (or none, can’t remember) we set up several mines on and near the road towards the entrance to the village. We hear the tracks, T-72 is approaching… and a mine goes off. Another one goes off. We take a peek and to our shock - the AI tank managed to push an empty civilian “Škoda” car in front of it to detonate all of our mines. We were laughing like madmen, some of us were in shock, but mostly we ended up being gunned down by machinegunners on the tank. The next missions were far more successful!

I like to use ACE, RHS, and CUP for all multiplayer sessions. Mikero's Tools are a necessity for mapmaking. We are mostly disappointed with scenarios, so we have 200+ missions we make in the team. I just love roleplaying coop missions with a story. After all, Arma is a true sandbox and the sky is the limit.

BONUS: Where is one place in the world you haven’t been and want to visit?

Bora Bora. Been unable to find the time (especially with family) to go all away across the globe to experience the remoteness and exclusivity of this place. But I still haven’t been to waaay too many countries, I usually am quite happy when I go for a simple “trdelnik” in Prague, some pasta near Lago di Como, or just skiing in the Alps with obligatory Germknödel. (Yes I knoooow - I’m currently on a diet and have just enough of rice and Indian chicken already!)

Live out your dreams. Do good and good you shall receive (because vice versa applies, too). Oh and join me in a couple of Arma squad nights!