Arma 3 hails people of every flavor from all over the world. To get to know them a little better, we're hosting a series of mini-interviews with some of our amazing community members. These aim to give you a personal insight into their backgrounds, why they got into Arma, and how they typically experience the game. In this issue, we interview Dedmen, a long-standing forum community moderator and developer for projects such as Task Force Arrowhead Radio (TFAR).

I made stupid Minecraft Let’s Plays when I was 12. I would totally do it again.

Arma 2: Operation Arrowhead, I was part of the “new” guys that came in with DayZ. Sorry to everyone who I killed back then.

Besides Arma, the only game I cannot let go is S.W.A.T. 4, it has been part of me ever since young me found it on an old demo CD some 11 years ago. I played it last week and host my own multiplayer server, even though barely anyone plays multiplayer anymore.

I’m mostly programming in my free time, almost exclusively focused around Arma, I guess I need a better hobby. I have tried my hands in 3D Modelling but that's also mainly for Arma. This splendidᵀᴹ game just doesn’t want to let me go.

Is there any other way? 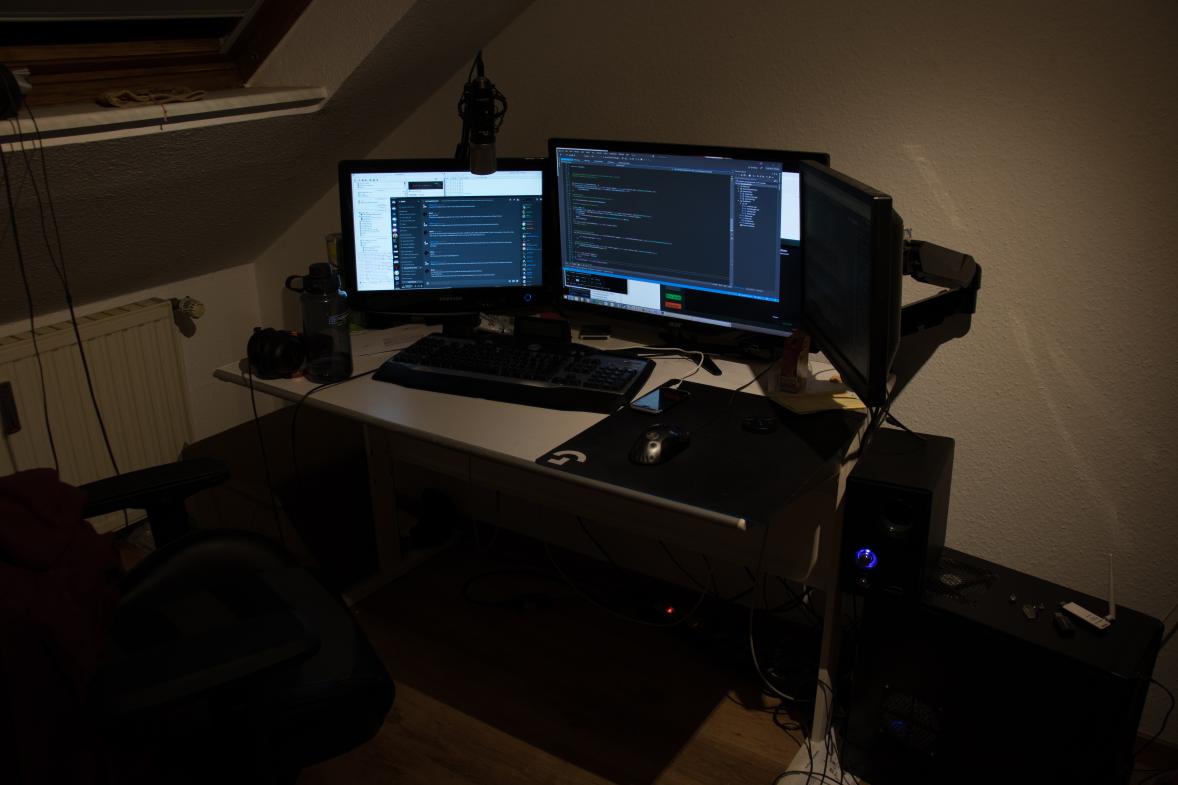 Actually, it's an interesting story I think. It must have been early 2010, just before Arma 2: OA released, some players from my SWAT 4 clan said they played Arma and told me I should check it out. I googled it but only found some weird flash game where you literally could just walk along. What I know today as East Coast Cherno. I found it really boring and didn’t understand the hype about it so I didn’t look further into it. Until about mid-2012, when DayZ Let’s Plays started popping up on Youtube. A friend and I from school finally started playing the game that hasn’t left me since.

I mainly play in my unit, Wolf Corps, which I founded with my school friend back in early 2013. I don’t spend as much time playing as I spend working on my various mod projects, though. I’m probably spending too much time working, but ya gotta do what ya gotta do, right?

Do you mind sharing with us the mod you’re most proud of and why?

That certainly has to be TFAR (yes, I know, 1.0 soon I swear). Without NKey giving me the ability to work on it, I wouldn’t be where I am today. It was the stepping stone that brought me closer to the community. It made me be more active on the forums, contribute to other projects like ACE, and I learned a lot along the way. Without TFAR I would have chosen something different to do with my time, and I don’t know where I would be today without it. On the other hand, I shouldn’t be proud of it before actually releasing the new version… Sorry guys.

So what got you into programming?

My first introduction was building a web browser with Visual Basic with a friend from school when I was in 3rd grade. I even still have it lying around somewhere. I don’t remember why but someday I transitioned to writing scripts with AutoIt, which I also then used to write my Modpack Updater/Arma Launcher somewhere in 2013. It felt too slow though. So in 2015, I taught myself C++ by rewriting my Updater, which is still used in my unit till today.

You’re also an Arma 3 Forums Moderator, how long have you been in that role?

I probably shouldn’t tell you this as I’ll just make a fool out of myself. It was actually back in my early days in Arma 2, we were playing Domination on Takistan and were just getting ready to leave the base. I was sitting as a gunner in a HMMWV Mk19, as goofy as always, I thought it would be fun to shoot a couple of rounds behind the base while waiting. So I pointed my gun upwards towards my target. One of the guys near me could obviously read my mind and figured out what I wanted to do. They screamed at me, “Dedmen NOOO!” but I still shot because why not right?

What I didn’t know at that point, was that there was an anti-shooting bubble on top of the loadout area. If you shot at it from the outside, your shot would hit it and explode. So a few seconds later our vehicles were exploding, our loadout ammo boxes were on fire, my team was dead, and I could hear a loud *sigh* coming from literally everyone. I was shocked for a few seconds and then burst out laughing. I would totally do it again.

Besides all my own stuff, which I wouldn’t have made if I didn’t dearly want to have it, it just has to be ACE - even going back to Arma 2. My unit actually waited until ACE/AGM was available before making the switch over to Arma 3. ACE is the single mod that I simply couldn’t live without. Sorry CBA, you’re still loved. I couldn’t even name singular features that make it so great, it's just ACE in its entirety which turns the Arma that I play into MY Arma.

Move slow and watch closely. Moving objects are much easier to spot, even the AI knows that.

BONUS: What is something you learned in the last week?

I learned that the SQS script scheduler has a line count based limit instead of a time limit. And I learned how the ∑ math notation works. Not sure how useful this knowledge is, but... Now you know!

We do what we must because we can. I’m sure there’s something better I could say, but I can’t think of anything.