Span Oddity is once again bringing Arma 3 to digital art with this original meet up of forces. AAF, Livonian, and NATO soldiers are ready to roll. Such incredible detail and fun, cartoon creativity to the world of Arma in this piece titled "Trident."

Sharks aren't the only threat underwater! As shown in this image, JohnPAB97 has created a stellar composition of the HMS Proteus hidden just below the surface among a fleet of destroyers. You never know when someone might come from the deep.

Very recently Arma 3 Creator DLC: Global Mobilization released their Update 1.3 content to the public. Community members such as Samcot wasted no time highlighting some of the new assets and vehicles, such as the SPz1 Infantry Fighting Vehicle added by the Vertexmacht team, in this well-framed screenshot.

The creativity of the Arma community has no bounds and covers areas we never thought it might go. Such as with this splendid set of custom, Arma-themed tarot cards created by Baxticus Meridius. We'd certainly love a reading of insight into your future of creative developments!

Earlier this year, João Mariottini, 3rd Place winner for the Arma 3 Art of War Contest, once again submitted to us his creative talents with some of the prizes he won. Check out this neat sketch of good ol' Edita, a Bohemia Interactive owned battle tank, rolling across the countryside. We want to say thank you to everyone who continues to share their skills with the team and community. 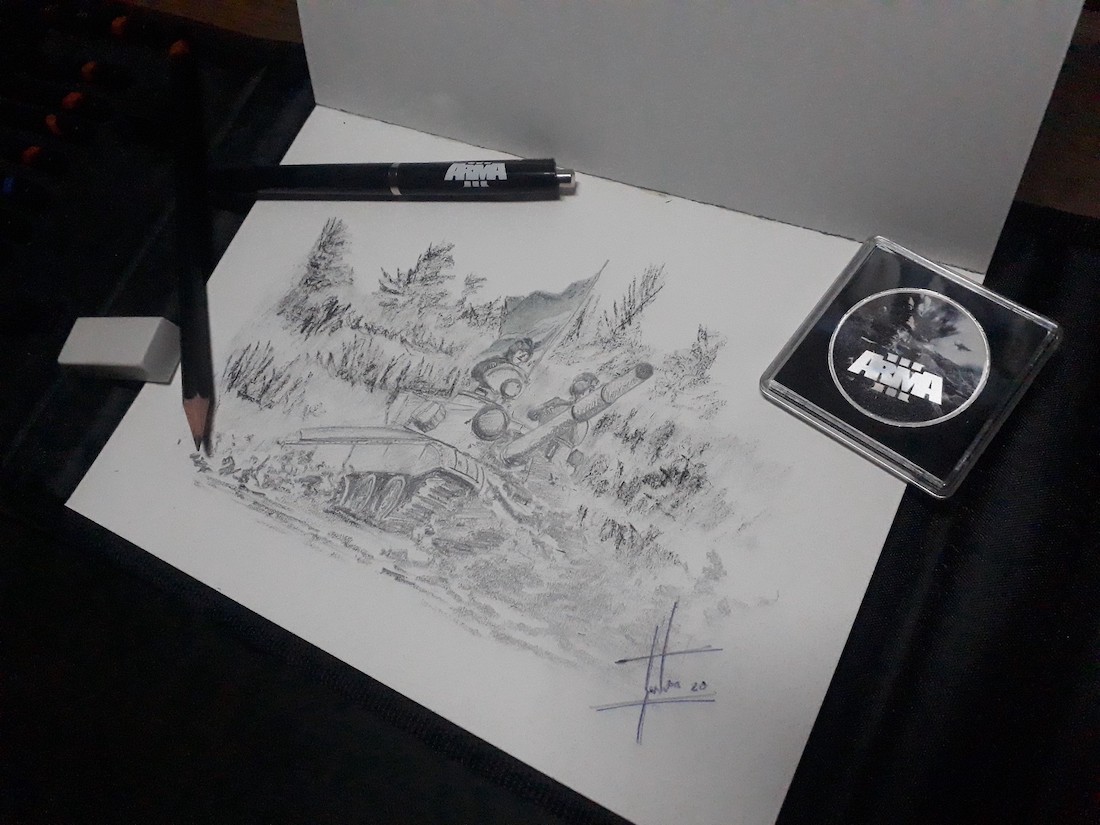 Community development has certainly not ceased since our last update! For example, the Red Hammer Studios team has released their latest project TERRACORE! A new standalone mod specifically for terrain developers featuring more than 70 new objects and other assets for Arma 3, such as buildings and furniture. Download it out over on the Steam Workshop and get to creating.

For the screenshot enthusiasts, get a look at this set of custom animations in Rismarck's Static Animations, created by Rismarck himself. He's released his version 2.0.0 update and added a number of various poses for your Arma 3 artworks. Fantastic additions for any setting.

This month, long-time community veteran and moderator, R0adki11 released his long-developed Cold War - Nogovan Armed Forces mod on the Steam Workshop. This Alpha release is based on the fictional armed forces on the islands of the Nogova Republic following the events of the OFP - Resistance campaign. Creator DLC Global Mobilization is required to use this mod, however with the recent 1.3 update, it's a great time to pick it up.

For some of the more seasoned scripters out there, you might be interested to see the Bearing mod with this highly unique and advanced map fog generation feature. Using the engine's drawTriangle command this mod has managed to create an incredible fog-of-war overlay for revealing map terrain. Get the full rundown and description of how this is achieved on the Bohemia Forums.

If you're a veteran mod/scenario maker and want a viewer to make scripting easier and faster, then take a look at Leopard20's Advanced Developer Tools. This amazing tool adds syntax highlighting, improved code editing features, faster config viewing, and more! Take a look on Steam today and make your mission making easier.

It's been over a year since the world was struck with one of the most obtrusive pandemics in modern history. Bohemia Interactive and our community have no doubt been affected in some way, but we do want to highlight those on the frontlines fighting COVID-19. Like Callum here, a British army combat medical technician, who has made lifelong friends through Arma during this time and has found a fun way to bring some humor out of this troubling time. Certainly a creative use of some unofficial Bohemia merchandise. Thank you for what you do and all medical professionals in our community. 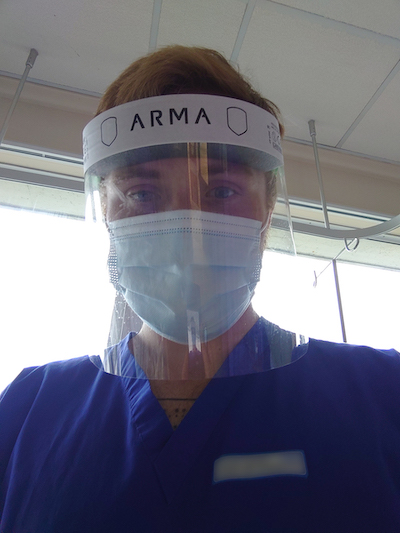 Diana Pomortseva and Maria Komarova, two honorably mentioned artists of the Art of War competition for 2D Art, came together to show off their artwork and prizes in person. Exceptional work! Thank you again to everyone that entered and thanks to CSAT Rifleman for sharing this little mini-exhibition with us! You can actively see Diana and Maria's works in-game with the released Arma 3 Art of War Charity Pack.

Looking for a new phone background? Fear not! Community veteran Greenfist has collected an album of his old screenshots and turned them into usable wallpapers. Take a look through the various images and set one that you like for your Arma 3 support.

It's always best to go back and learn from your past actions. With Hindsight, a video series created by community veteran Dslyecxi, one of his latest videos reviews the topic of hot extracts and some of the lessons learned from one of his community's scenarios. Get an in-depth analysis of lessons learned and realize some of the tactical complexity that Arma offers its players. 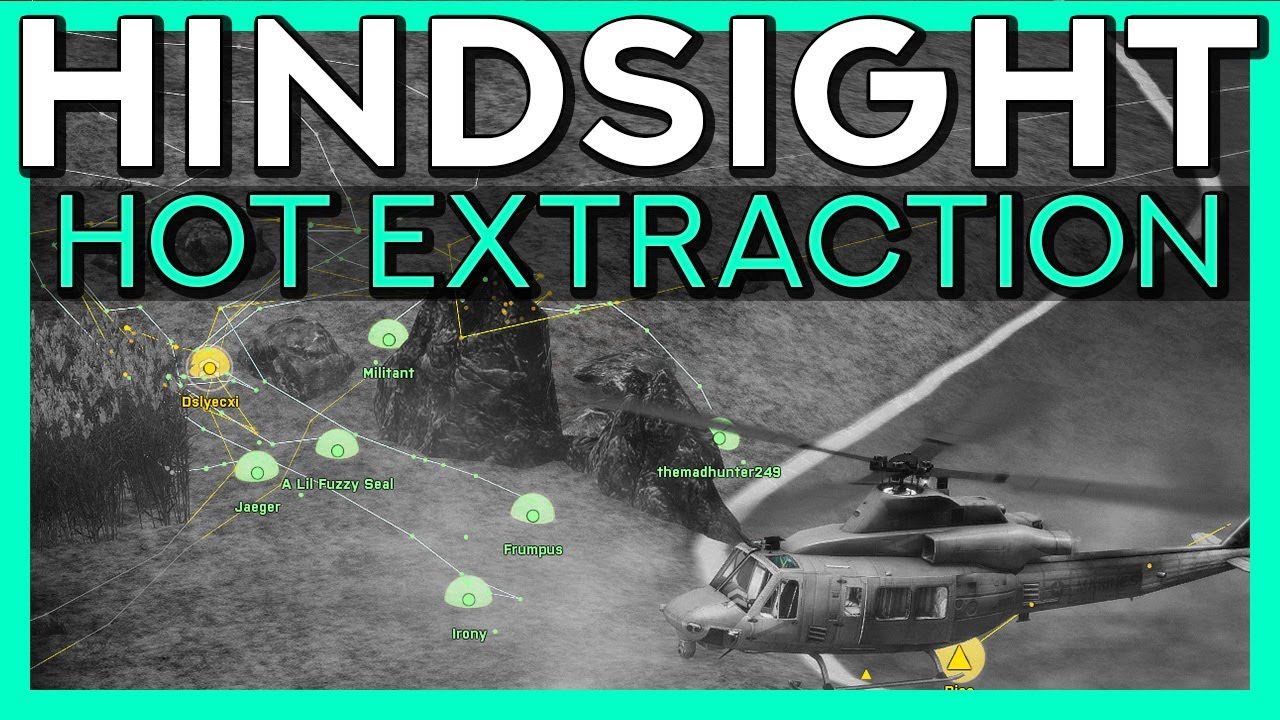 Speaking of learning, if you're new to Arma and need a tip for how to play, here is one: watch this video by Viper1Zero for 15 more tips for how to play in 2021. Get thorough and concise advice to better understand how things work and what to expect when playing the game as a whole. 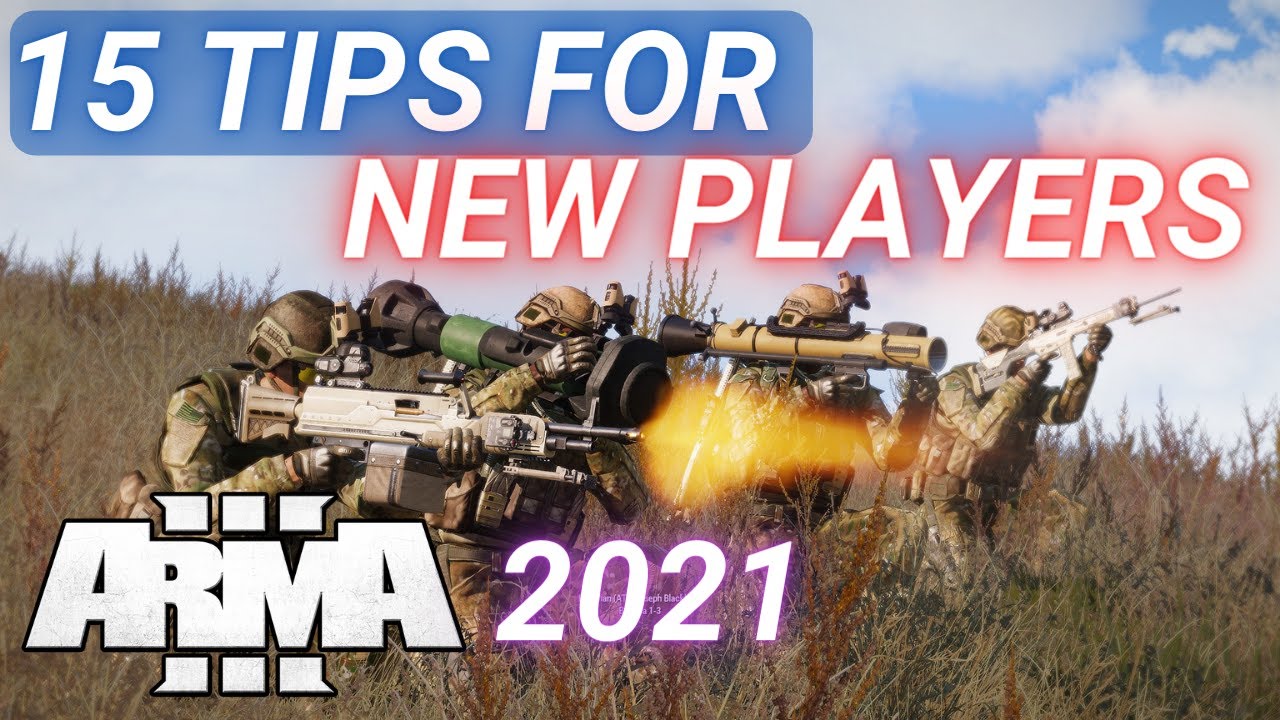 It's not yet Halloween again, but the zombies are here and Captain Miller finds himself fighting for a way out in this masterfully cut Armachinima by ThatWasNinja. Remarkably well done, we have to recommend it. 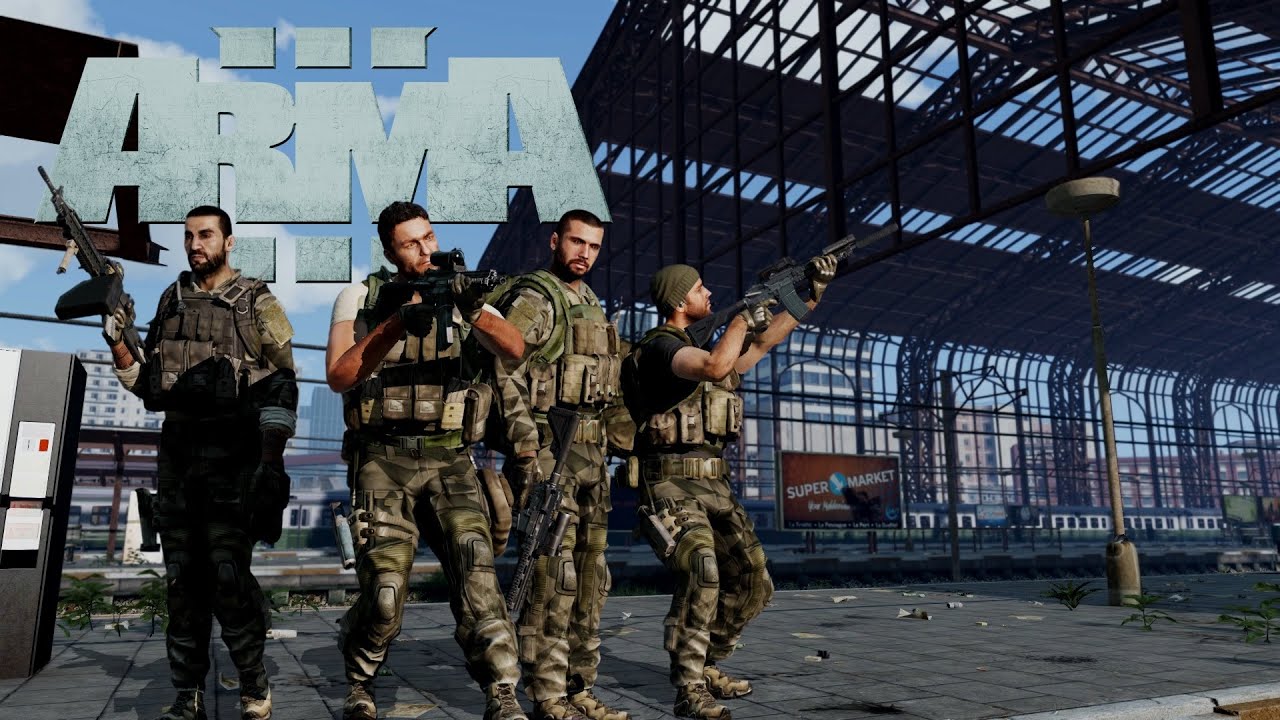 Want a more active viewing experience of what Arma 3 has to offer, then check out Nutters, an Australian Arma fan, as he plays over on Twitch. Watch as they take on forces as mobile infantry and more in various operations with friends.

Watch Arma 3 in 4K resolution, with intense milsim gameplay, and a bearded Spanish legend walking you through the action! DiabloHelmetCam streams his operations (in Spanish) with quality gameplay every week. You can find him over on his YouTube channel!