After much anticipation, we're excited and greatly honored to now announce the winners of the Arma 3 Art of War contest! On behalf of the team, thank you again to all the participants who submitted their work. These winning entries, along with a few new assets prepared by us, will be featured in the upcoming "Art of War" charity DLC for Arma 3, which will become available for purchase later this year in the beginning of 2021. All of Bohemia's revenue from this DLC will be donated to the International Committee of the Red Cross (ICRC). After the initial fundraising period, the DLC will become available for free to everyone towards the end of 2021.

The contest held five categories for contestants to enter. The 2D Art and Screenshot (Bonus) categories in this contest received a high volume of entries, leaving us with a great pool of quality artwork. It certainly made for a hard decision to choose the winners. Unfortunately, the 3D Art categories (Prop, Clothing, Accessory) of the contest simply did not receive enough entries. In total we received only a handful of candidates and we felt that the quality did not meet the requirements to be considered as winners or featured in the charity DLC. However, those who did enter something into these categories will still receive a participation prize, in recognition of their efforts.

To support the upcoming Art of War DLC, and ultimately the ICRC, our team has decided to add some extra value to the title with new assets, created by in-house artists. We're already developing a modest selection of fun thematic props and clothing items which broadly reflect the ethos of this Art of War project and collaboration with the ICRC. While these assets were not planned originally, we felt that their inclusion would be a win-win for the community and the ICRC while providing an additional incentive to support the cause. These assets - and the winning entries from today - will be made available in a new singleplayer scenario and showcased as part of an in-game virtual gallery, specially designed by Bohemia Interactive as part of the charity DLC. So be on the lookout for more information as we get closer to the release.

Now the moment you've all been waiting for! The winners of the Art of War contest are...

The winners of the 2D Art category have been selected by an independent jury, consisting of members from the International Committee of the Red Cross. The entries were chosen based on their relevance to the theme (International Humanitarian Law in Future Conflict), a clear and strong delivery of the message, and their aesthetic value. 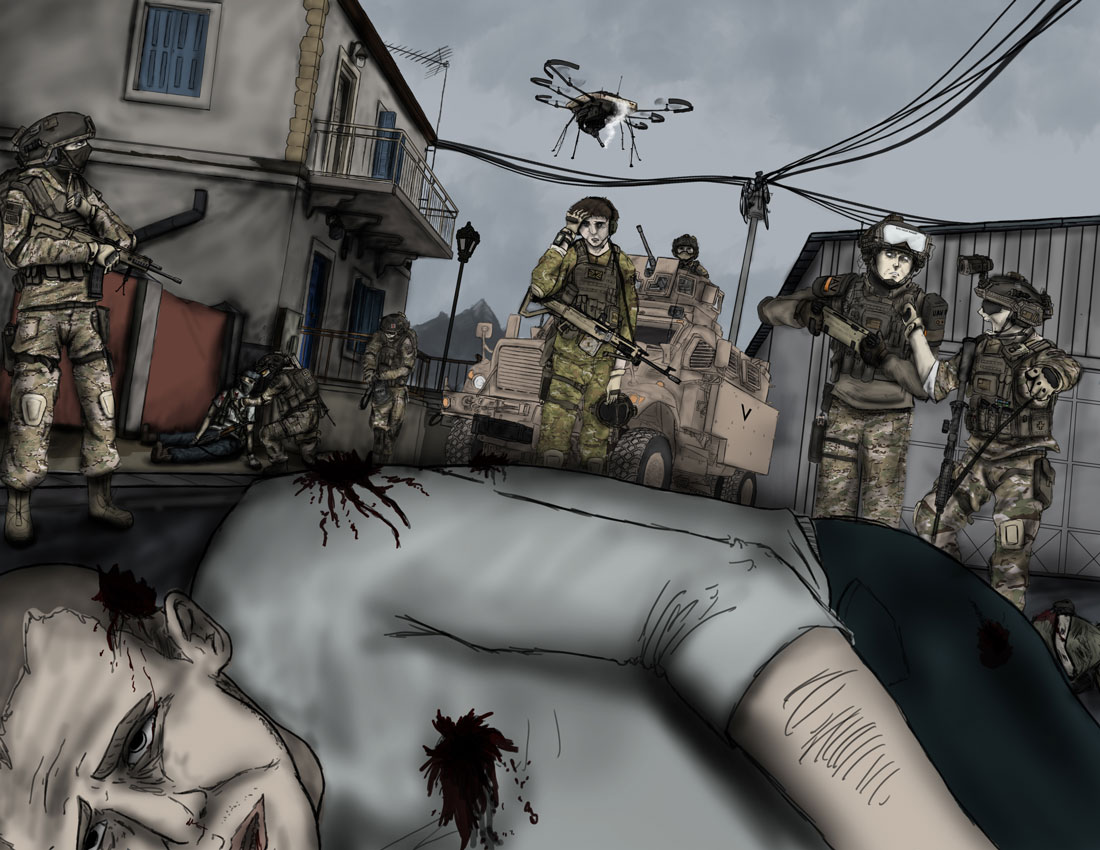 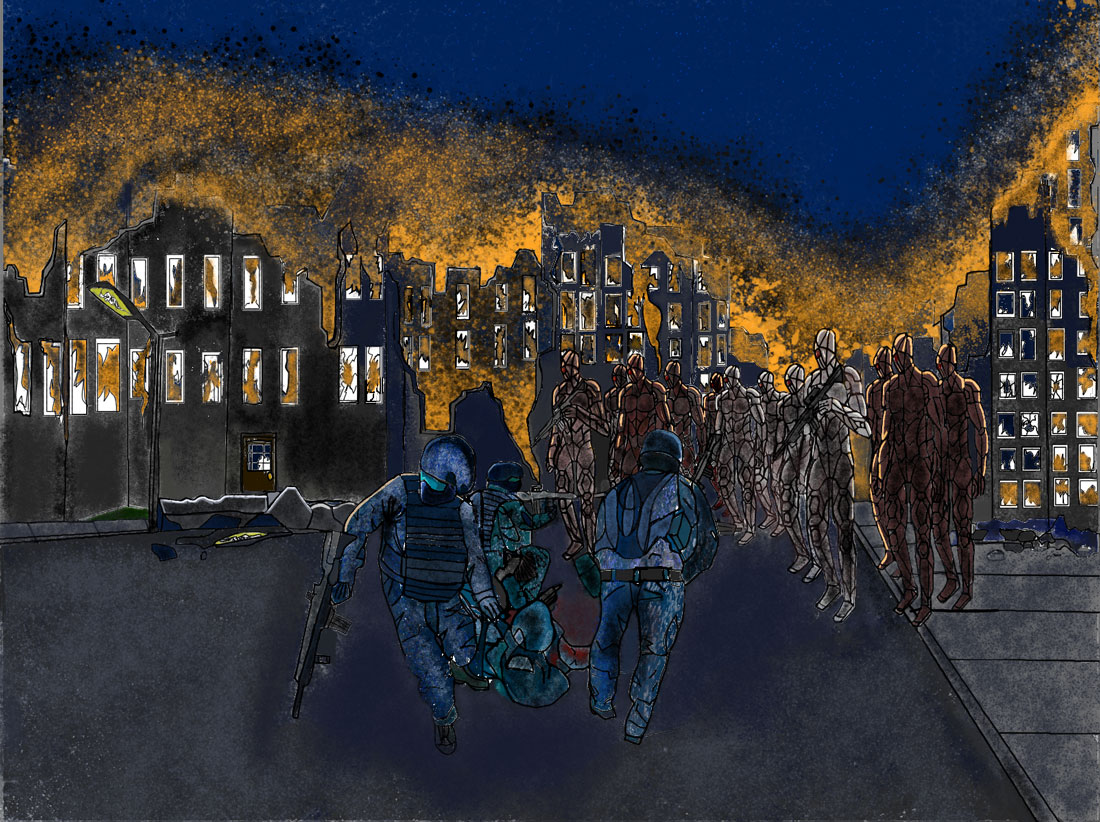 "Both images contain powerful stories and a strong message that are highly relevant to the theme of International Humanitarian Law and future warfare. They really depicted the possible consequences of utilizing advanced technologies in the future and the sensitive issues concerning automated weapons and their questionable capacity to recognize nonmilitary targets. Both entries were aesthetically intriguing in terms of the composition of the subjects. They both presented so many positive points that we selected these two entries for the first place." 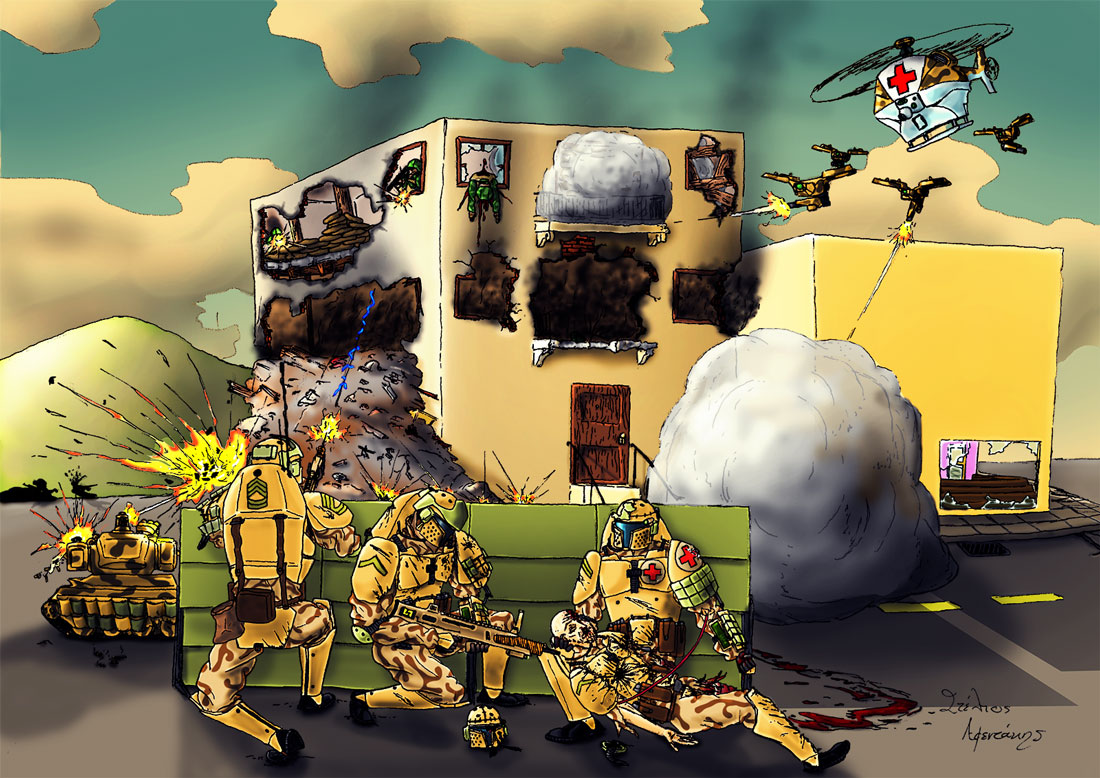 "This drawing was especially interesting to us because it depicts the exact moment of conflict engagement and how technologies can play multiple roles in future warfare: we have drones on one hand ruthlessly eliminating their targets and a medic drone on the other searching for the wounded. Very interesting dynamic, clear message, and it is relevant to the theme." 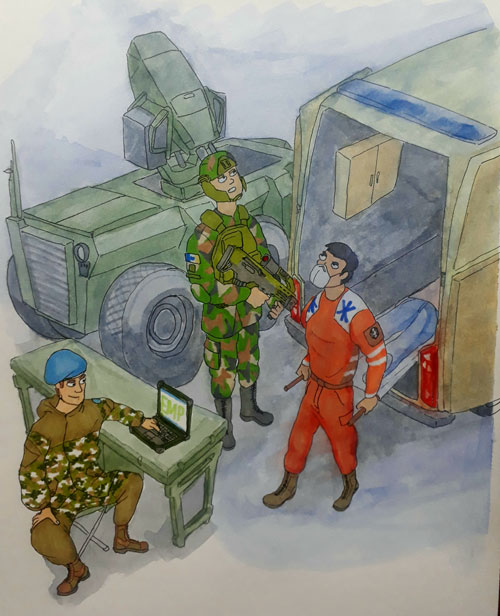 “We chose this image because it touched on cyber warfare as its main theme, which is becoming more relevant in the future of war. How will it affect future conflicts and what will be its impact on the civilians caught in the crossfire? The artist brilliantly captured the confusion and uncertainty on the faces of the subjects, which is a powerful way to engage in this theme.” 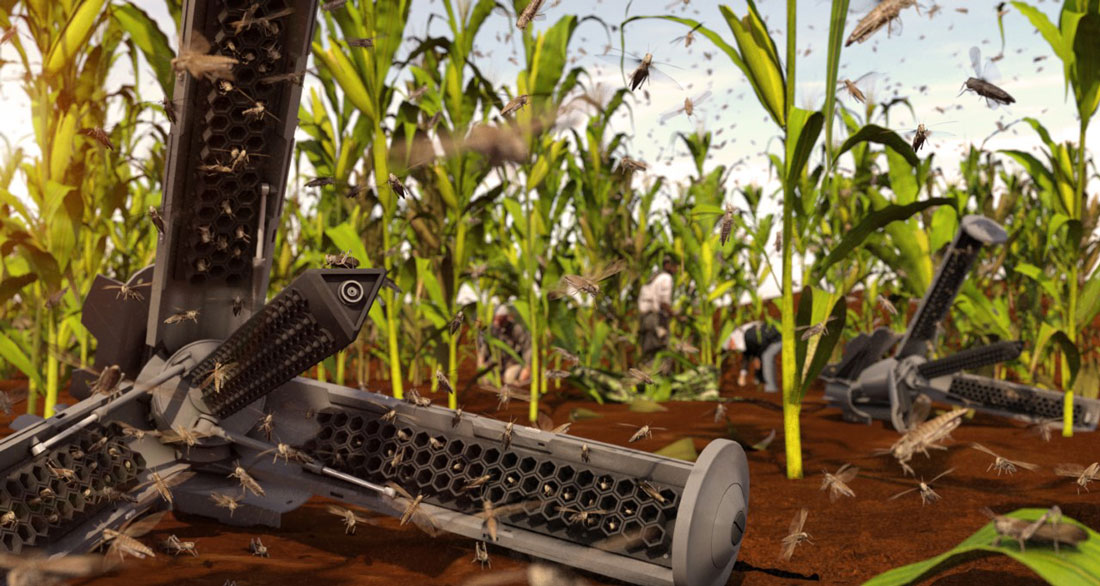 Next are the winners of the Screenshot (Bonus) category, in-game screenshots from Arma 3 (on any subject or theme), chosen by members of the Art of War team. These were judged on quality of artistic elements and design, creativity and originality of the depicted subject, and the overall impression of the image. 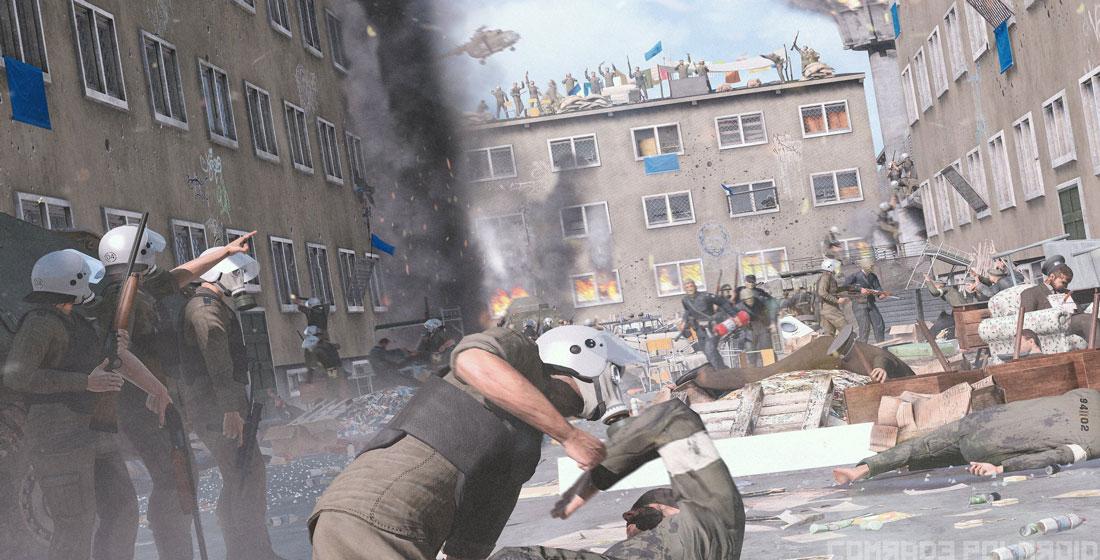 "The incredible attention to detail in this screenshot, not to mention the overwhelming number of custom animations and the painstaking interplay between characters, leaves a lasting impression. It truly feels like a photograph; a moment captured in time. There can be no question that this image was a labor of love for the creator. The interesting events portrayed go a long way in expanding the game's existing universe and remind us that battlefields can take on many shapes and forms." 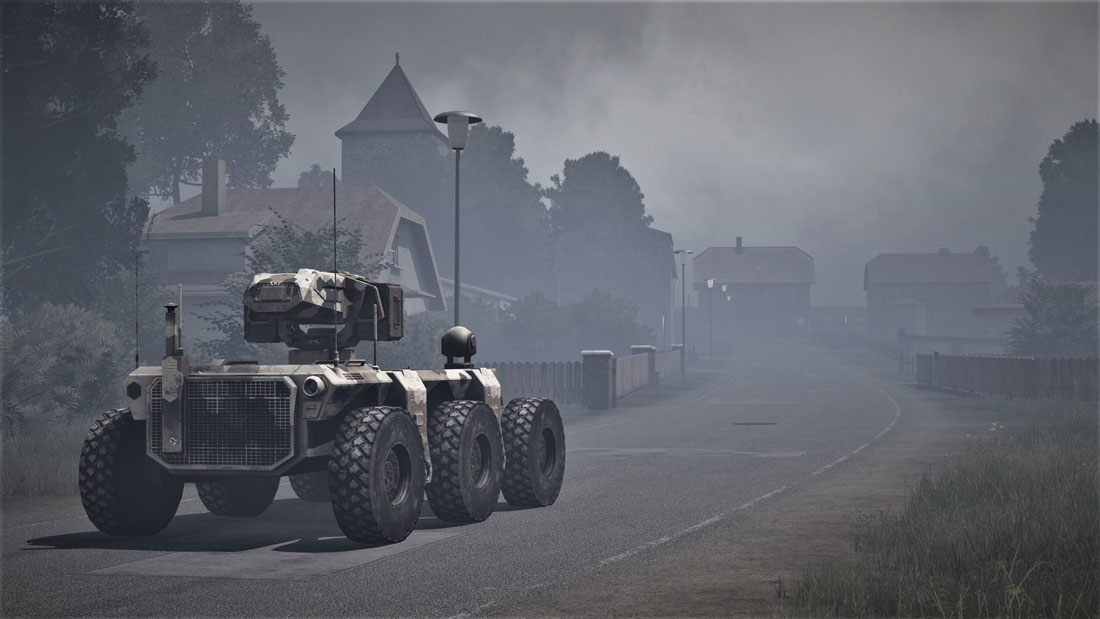 "This screenshot, with its overcast skies and gloomy atmosphere, carries an almost dream-like quality. The solitary drone, approaching an urban environment obscured by fog, hints at a journey into the unknown and evokes the idea of technology on a road towards an uncertain future. And who is in control? A human operator? Or is this vehicle fully autonomous, and rolling forwards on its own initiative?" 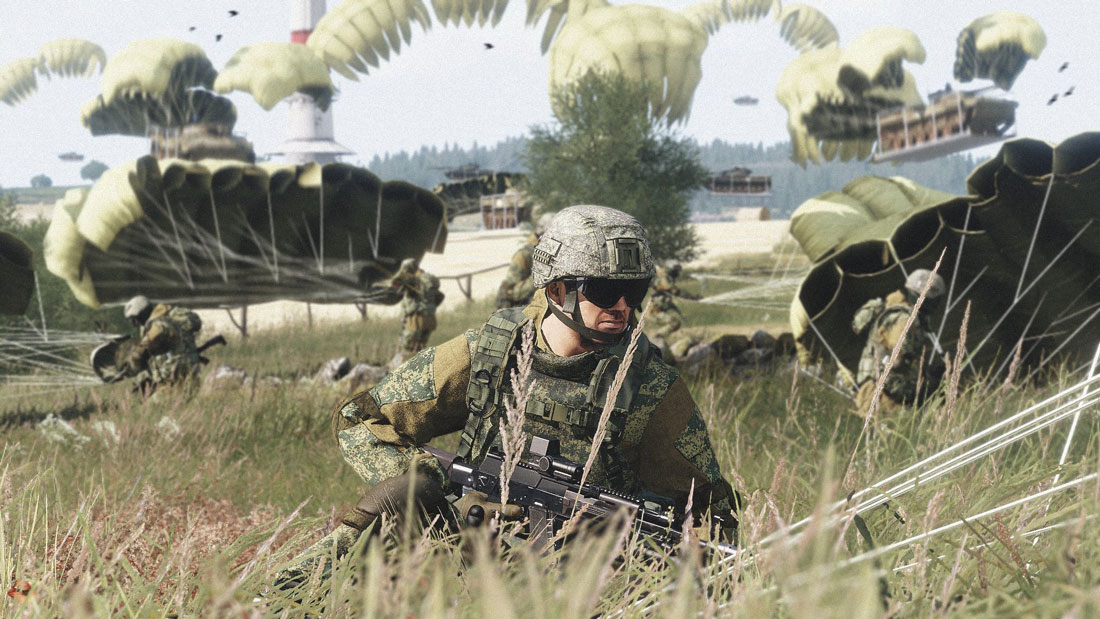 "The striking sense of movement and photorealistic qualities of this screenshot are astounding. It demonstrates both obvious technical ability and a careful eye for composition. The consistent and earthly palette of pale and dark greens, present in the parachutes, uniforms, grass, and distant trees also add a stunning conformity and emphasize the concept of many individual parts working as a whole; a true artistic, combined arms operation." 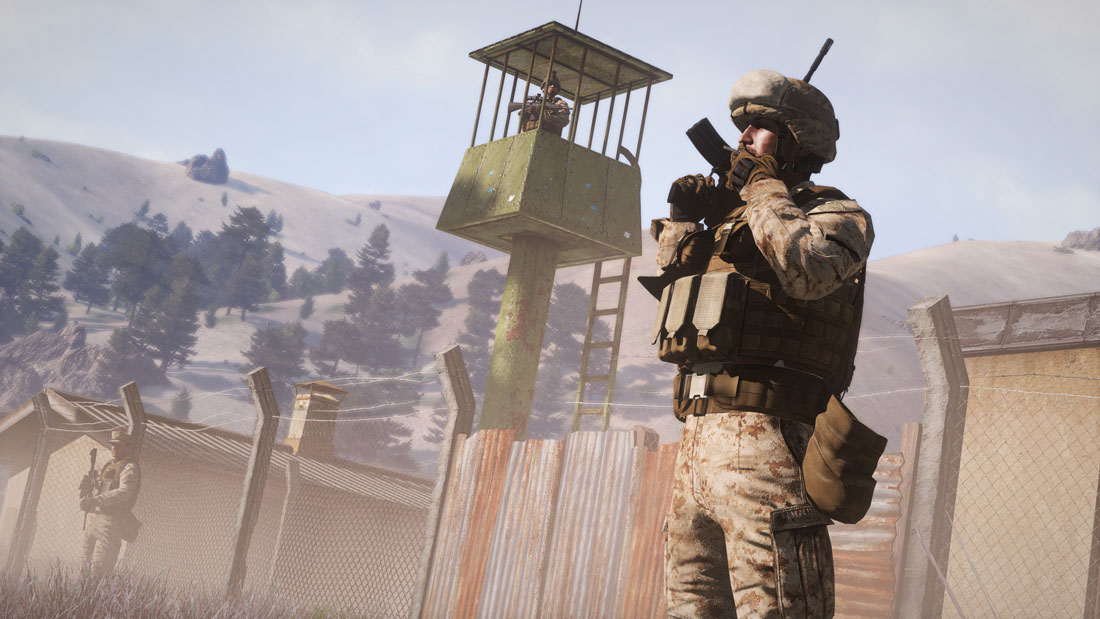 "This beautifully composed picture, showing a group of sentries standing guard, highlights a reality of war that is seldom the subject of great works of art; waiting. Fortunately today, many soldiers never see action. This thoughtfully constructed screenshot eschews romanticized notions of the battlefield and instead, presents a more grounded and nuanced snapshot of modern conflict, as experienced by the majority of military personnel." 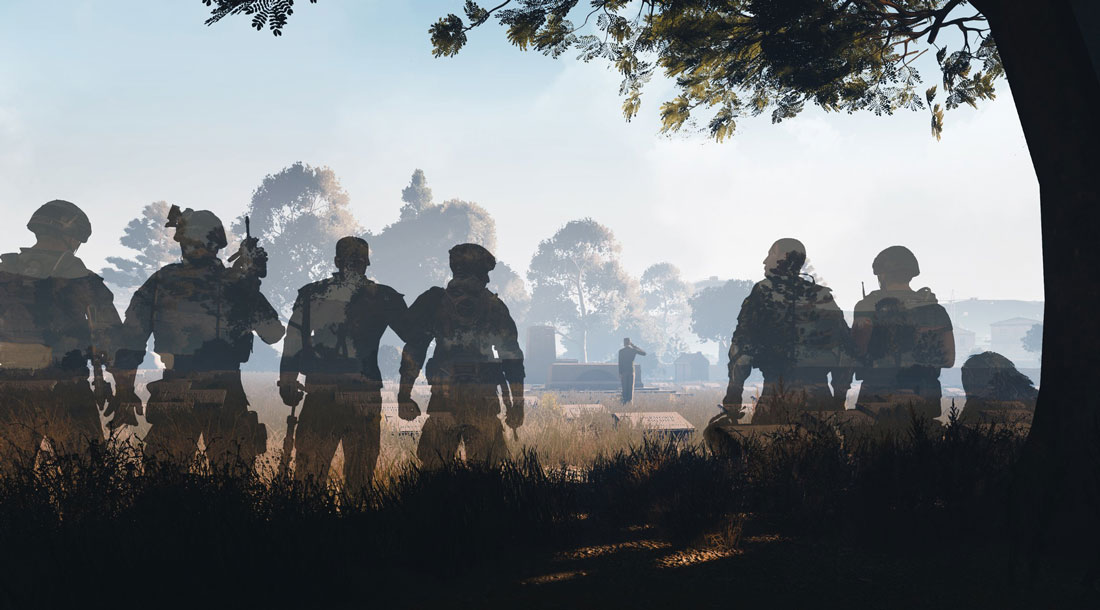 "The human cost of war is cleverly executed in this clear but effective image. On closer inspection, we can see that the ghostly silhouettes of the dead represent the losses of all sides and factions; spirits of fallen comrades appear to mingle with those of the enemy and all appear to be accompanying the grieving soldier in the mid-ground. A chiaroscuro effect is also ingeniously used, separating the living from the dead by way of light and shade."

"A very important aspect of war art relates to our histories and identities. In this wonderfully crafted screenshot, we are offered a glimpse into the past. Medics treat wounded combatants while soldiers file by, temporarily united, both in service and in the sacrifices demanded of them. It's a poignant and expertly created scene."

Congratulations to all the winners! If you were chosen, you will be notified soon by our team via email or Twitter (for Screenshot Category entries) to receive your prizes. Once again, thank you from all of us at Bohemia Interactive for your participation in this contest! To everyone else, we expect to share more details on the Arma 3 Art of War charity DLC later this year. Stay tuned to all of the latest news by following Arma 3 on Facebook, Twitter, YouTube, and Steam.