Arma 3 hails people of every flavor from all over the world. To get to know them a little better, we're hosting a series of mini-interviews with some of our amazing community members. These aim to give you a personal insight into their backgrounds, why they got into Arma, and how they typically experience the game. In this issue, we interview Greenfist, a remarkable creator of Arma 3 artwork and mods. 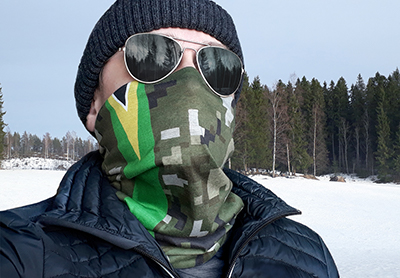 My late grandfather was a war photographer in Finland's Continuation War in 1941-1944. And just last week I started digitizing a bunch of his old photos. I think I will try my hand at colorizing them at some point.

What’s the origin of the name Greenfist?

When I was in the Finnish Defence Forces (conscript service in early 2000s), we had these green leather gloves. Terrible piece of gear - ill-fitted, clumsy, cold in the winter and hot in the summer, and when they got wet, they stained your hands blueish green. Somehow this popped into my head few years later when I was trying to come up with a player name in some military-themed game. It's striking, and army guys wear green a lot, so why not. The name stuck with me in games, unlike the gloves in the army since they weren't in service very long apparently.

I simply can't not say Arma 3. It has provided me with so much more entertainment than any other single game in my 30-year of gaming.

Hiking, or just being out in nature. Trying to pick up photography again while I’m out there. Disc golf in summers.

What is your favorite superhero or villain of all time?

… now that I think about it, I'm really not into superheroes or villains. I've always been more interested in non-super heroes and bad guys.

Yes, if it happens to be there. I eat anything on pizza. It may not be a traditional pizza to some purists, but still a pizza - reindeer, kiwifruit, marshmallow and licorice on top or not. 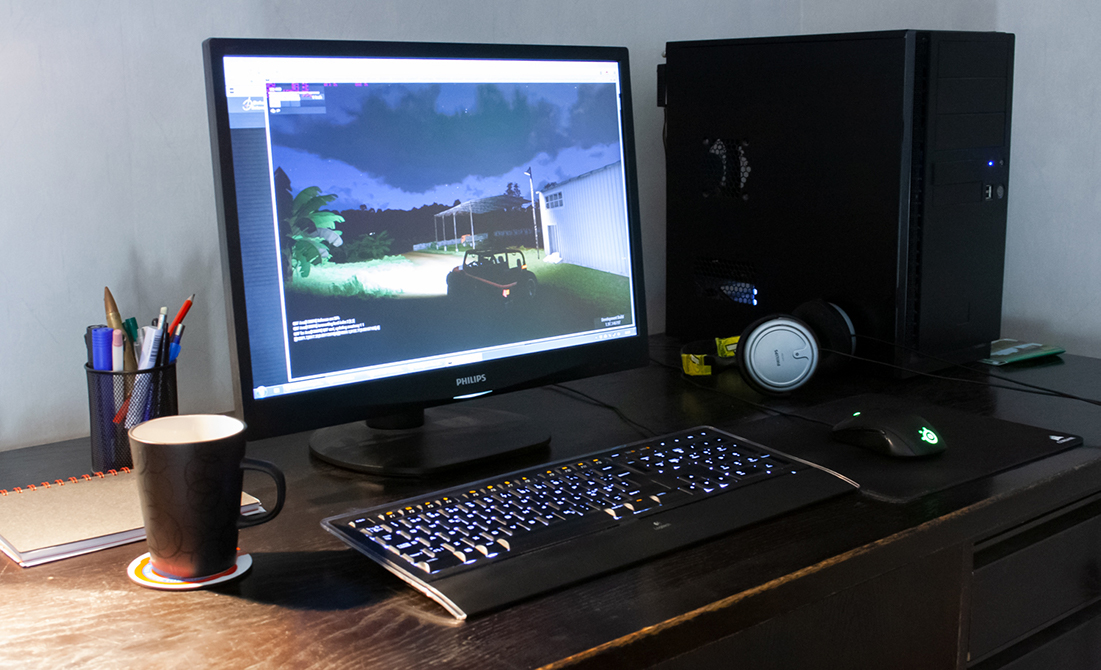 ﻿How and why did you get into Arma?

Contrary to apparently every other OFP veteran, I didn’t first play the demo off of a gaming magazine cover disc. One friend back then insisted I should see this cool new shooter of his. Watched him play for a bit and was fascinated by him dying every 30 seconds, after getting shot once, by two pixels tall enemies in the distance, and then running for his life for minutes without hitting the edge of the map. I borrowed the game from him and a week later got my own copy. That started the longest relationship of my life.

You could say I truly got into Arma 13 years later when I discovered the world of modifying the game myself, making screenshots, and generally just poking it with a stick and learning what makes it tick. Making all kinds of weird scripts for my own amusement also scratched some programming itch in me.

My last couple of years have been split about 50/50 between screenshots, random singleplayer scenarios, and occasional public multiplayer sessions. Anything involving modding, scripting, and experimenting has rather sadly reduced to minimum recently.

Why did you decide to start taking Arma screenshots?

It wasn't so much of a conscious decision but a natural continuation of having learned editing the game and having a hobbyist background in real-life photography and graphics. Before this, I hadn't even thought of making these art-like screenshots in any game. Arma is great for this kind of creative expression, I think. Decent graphics, lots of content, moddable, and you can always hop into a Wipeout and blow up your scene if the photoshoot doesn't go your way.

Do you have an Arma 3 image you’ve taken that you’re most proud of?

Definitely this poster for the Warlords update in 2018. Not a typical picture for me, but I love how everything came together in it. Firstly, it features these handsome fellows in the same update and the defiantly raised new weapon has a great "warlord" vibe to it. The image also gave me the chance to exercise my photo manipulation skills. Then lastly, the update was (fortunately) delayed in the last minute which gave me the time to even start making the image. It just worked out so splendidly. 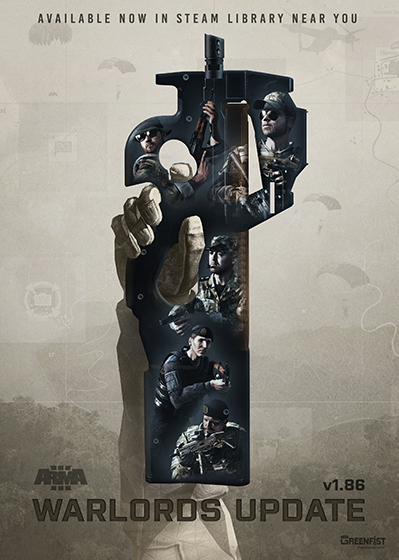 Any secrets you can share for a novice (or veteran) looking to make fantastic Arma 3 screenshots like yours?

I’d love to share them if I had any! I don't have much say about the technical side of high-quality images as that part is pretty well documented in various screenshot guides already. Like cranking up all the available in-game video options for example. If you'd like them even beyond "Ultra", check out my Enhanced Video Settings mod.

But regarding the rest of the process, I can only say what works for me personally. Like looking for inspiration in other people's works everywhere. Not just in Arma screenshots or real-life military photos, but also movies, any kind of digital arts, paintings, photography whatever. Then translating the good parts into Arma. A mood, composition, event, gimmick, color scheme, etc. By the way, in case you need more color in your game, try my ReColor mod.

Another thing is knowing the visually weak parts of the game and avoiding them. Like hiding low-resolution textures in close-ups with depth-of-field blur, shadows, and smoke. Or fighting the bit antiquated lighting engine with scripted light sources.

Finding your own style and getting good at it doesn't hurt, I imagine. I can't really say for sure as my style, or lack thereof, is still all over the place after 5 years of Arma 3 screenshots.

So what about your modding/scripting? What kind of “creations and experiments” have you enjoyed making?

It’s mostly just messing around. Nothing really worth a mention has come out of it, other than literally hundreds of mission folders in the editor. At one point I was really interested in how the AI works. This phase gave birth to one little tool script for monitoring AI’s abilities to detect enemies. I hope it in part helped to dispel some myths about the AI mechanics. I think this encapsulates my level of stupid scripting endeavors perfectly: the Hot Potato Gun™.

Do you think your Arma work has influenced your professional graphic design/IT work in any way?

Perhaps some new tricks I've picked up when retouching my screenshots have carried over, but in general they're two very different worlds without much overlap really. I have to admit I have learned something about my work habits through Arma though. Maybe it's because of working alone and uninterrupted in Arma that I've noticed how much time I tend to waste overthinking and endlessly fine-tuning meaningless stuff. Nowadays I try to pay more attention to the bigger picture, and shoot first and aim later.

Lots of memorable gameplay moments, but perhaps the most remarkable one is outside the game: getting the chance to do the official background artwork for Arma 3's sixth anniversary. I'm not expecting to top that ever.

Really hard to name favorites, but the first ones to come to mind: CUP, in its sheer size and quality, is awesome; Pilgrimage is my go-to mission when I want some slower pace, lone wolf action; and the Finnish terrains by Temppa always make me feel homey.

Bonus tip: stay off the road, if you want to grow old.

BONUS: When things break, do you prefer to fix them or replace them?

I first tend to wait in case they fix themselves. Then, if some vocal and percussive maintenance and duct tape doesn't help, I replace them. Wait, are we talking about household appliances or people?

I just want to say thanks to anyone who has enriched my (and everyone else’s) Arma experience with all kinds of community content over these nearly two decades.

Follow me on Twitter just in case I happen to come up with something clever to say someday.