Arma 3 hails people of every flavour from all over the world. To get to know them a little better, we're hosting a series of mini-interviews with some of our amazing community members. These aim to give you a personal insight into their backgrounds, why they got into Arma, and how they typically experience the game.

I grew up on the only US military base (and largest active minefield) on communist soil (Guantanamo Bay, Cuba). It was there that I met two of my heroes, Chuck Yeager and Jacques Cousteau.

1,211 hours on my primary account, but I think it's around 4,000 when you figure in my other accounts (I own multiple copies).

My favourite game of all time would be Zork.

That is a very hard question to answer. I don't think I could pick just one normally. For the sake of answering the question, I'd say Dune. But I'd follow that up with The Beast (1988), Red Dawn (1984), Born on the Fourth of July (1989) and something that was released in this century, Thank You for Your Service (2017).

Yes, I owe it all to Hungry Howie's "Howie Maui". 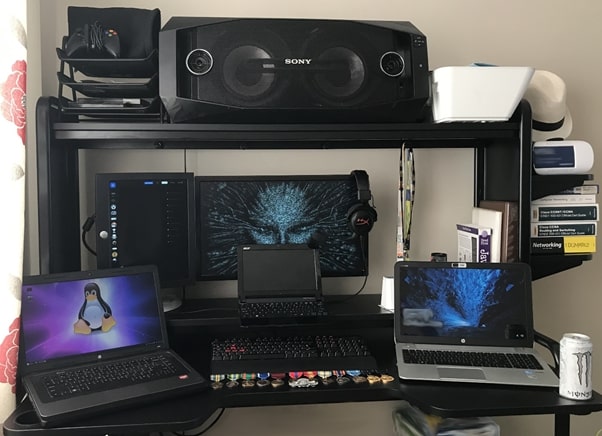 In 2001, I picked up the latest issue of PC Gamer from the shop and on its Demo Disk was Operation Flashpoint. I can't tell you how many times I played it, I was hooked! I bought the full version at the first opportunity.

I normally play once per week with my adopted clan (SBP) and the occasional public Warlords session (it's such great game mode).

It was shortly after my friend (and friend of many others) Randy Stratton passed away. We organised a memorial event in his honour and had an absolute blast. Think Soviet Womble type humour, but not staged and with large quantities of alcohol being consumed, all the while recounting our best memories of him. I think that at some point in the night, after listening to each other’s stories we came to the realisation that each person plays Arma for different reasons. Some play because it's just a game, others play because it's an escape from reality, whether that be a care home, a stressful home life, or the chaos of one’s own mind. Gaming can even be therapeutic as is evidenced by its use in the treatment of PTSD. Whilst this probably isn’t what one would expect for a “most memorable moment”, I believe it's important, much in the way that the Laws of War DLC was important in telling the “other chapter” of war.

One and two are self-explanatory in that they honour our friends:

They also remind us that we should be thankful of those who've paved the way for what we currently have.
"In The Beginning, There Was No Clutter...only bushes....and not very many of them either..."

Finally, there is CUP. Having played and owned every Arma title, there is nothing that can replace CUP. There is a saying: "often imitated, but never duplicated" – that’s CUP in a nutshell. The sheer number of choices it provides is amazing! I think it is the one mod that every player should have.

Walking gives you time to understand your surroundings and know what is “normal”. When you run everywhere, you miss that almost perfectly hidden bunker or that tripwire. Not only that, but what’s the point starting an engagement already tired? Plan, delegate, and work with the gear that you have and adjust accordingly. Use the resources you have to their full extent. Want to carry more gear? Put it in the vehicle or load that crate. Finally, wait! Find a nice comfortable position and observe. Sit still and report. An unarmed player that doesn’t engage, but instead accurately calls out enemy positions is far more valuable than a sniper with a Javelin and CSAT thermal helmet (but is killed trying to run across open terrain).

BONUS: Would you rather be famous for inventing a deadly new weapon or invent something that helps the world but someone else gets all the credit for inventing it?

I would be a great naked Drummer!

Planck, Bushlurker, and Randy believed in the Arma community and thought of it as an extended family. I too agree with this sentiment, but I’m honest enough to admit that it’s a bit of a dysfunctional one at times, but a family just the same. Some of you are our rocks in your consistency (Melle, Chortles, Slatts), some of you are our inspiration (Icebreakr, Blud, Wld427, CUP Team, RHS), and some exist to annoy us (I’ll spare you the long list). Each one of us has a part to play in this game that we call life. For those I’ve not mentioned, your contributions aren’t being diminished; just wouldn’t be room to mention you all!

What is my part in all of this? I’m just a player like you. Sure, I help moderate the Forums and Discord and I’ve been around for quite a long time, but that doesn’t change my passion for Arma. I’m grateful to have gotten to know quite a few of you and downed a few pints with others (Shark-Attack and Lou Montana). I’ll have a laugh with you when I get the opportunity, but I’m just as likely to share a bit of wisdom (normally about Metal or Beer). I’m not perfect and I get things wrong from time to time (and apologise when I do), but I do try my best to be consistent and fair.

In closing, please remember: there’s a time and a place for everything. Don’t be a jerk, mentor those who want to learn the right way of doing things, and, finally, remember that you were once a noob too. In the words of Wil Wheaton, “Don’t be a D*ck”!

"Everything will be okay in the end. If it's not okay, it's not the end"