It’s been over a year since we shared our third-party DLC pitch invitation, and today we’re pleased to finally announce the first Arma 3 Creator DLC: Global Mobilization - Cold War Germany – which will release within two weeks from now on Monday April 29.

As we introduce this package in greater detail, we’d first like to briefly talk about what’s been happening behind the scenes and explain what you can expect from third-party DLC overall.

For quite some time we’ve been thinking about how we can provide more quality content to our players, and make it possible for our most talented content creators to earn a financial reward. It had to be open and fair to everyone – as well as feasible given our own available resources. Meanwhile, we’re also very keen on preserving the spirit of modding.

One step towards achieving this goal was to organize the Make Arma Not War contest back in 2013. Yet over the years, we've also received several direct proposals from external developers who were interested in making premium Arma expansions. This eventually led us to test the waters by collaborating with BRAVO ZERO ONE Studios on the Arma 3 Jets DLC.

Later, after years of post-release development turned Arma 3 into a more settled platform, we felt ready to pursue the next step: publish new quality content made entirely by third-party developers. These packages, whether big or small, might include anything from terrains, vehicles, weapons, and gear, to playable content such as new scenarios or an entire campaign.

Fast-forwarding to the present, we’ve now signed contracts with several outside development teams, and we’re almost ready to release the first Arma 3 Creator DLC. To get to this point, both we and our development partners have had to overcome various challenges. But with a lot of the organization now in place, it looks like things will be off to a strong start.

Specifically, our newly formed internal task-force has managed to define a lot of important processes and guidelines. This involves how we go about delivering feedback, preparing legal agreements, mastering and quality assurance testing, providing promotional support, and much more. We believe this will greatly help everyone involved to work as efficiently as possible and achieve the best results.

Additionally, we’ve been preparing some necessary updates to the Arma 3 Launcher and Tools. For example, players will be able to use the Launcher to start the game with or without particular Creator DLC loaded. All in all, we’ve come a long way since posting our initial invitation, but of course none of that matters if it wasn’t for the incredible hard work by our new partners. It's a pleasure to introduce:

Willkommen in 1980s Deutschland! Set during the Cold War, the Global Mobilization DLC deploys you to the massive 419 km² Weferlingen terrain, available in both summer or snowy winter conditions. You’ll be able to engage in battle using 42 new vehicles and vehicle variants, 21 new weapons including weapon variants, and a ton of additional character assets. The DLC also features a 10-mission singleplayer campaign and 17 co-operative/competitive multiplayer scenarios. 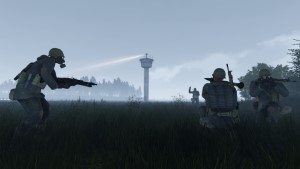 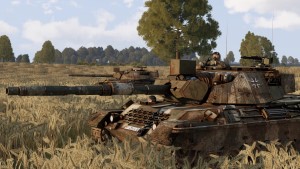 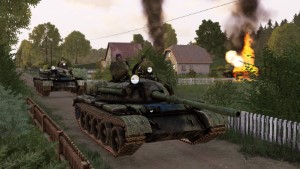 From the very beginning, it was clear that this project is a true labor of love by Vertexmacht – a two-man development team consisting of Julian Sänger (Mondkalb) and Lars Transfeld (GalComT). Drawing from their day job experience of working at Bohemia Interactive Simulations (note: we're different companies), having served in the German Army, and participating in the Arma modding community, they’ve built a package that offers great value and caters to all of Arma 3's unique strengths. 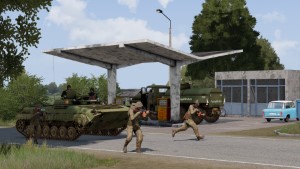 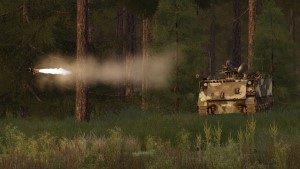 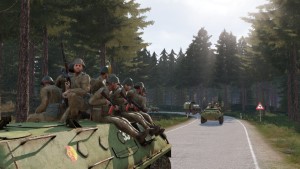 What's even better is that you’ll be able to get your hands on the Global Mobilization - Cold War Germany DLC as soon as Monday April 29, when it will first go on sale at 19.99 EUR / 22.99 USD / 16.99 GBP. Head over to the DLC store page on Steam or the Bohemia Store for more information and screenshots (and remember to add it to your Steam Wishlist!). You can expect one or more dedicated blog posts about Global Mobilization to be published in the coming week.

Lastly, there are a few points regarding Arma 3 Creator DLC that we feel are worth highlighting:

In case you'd like to know more about Creator DLC – or perhaps you're interested in becoming a DLC developer yourself – be sure to look at our answers to some of the most frequently asked questions. We hope this gives you a better understanding of our plans with Creator DLC. For now, on behalf of everyone involved, we thank you for your support, and hope to salute you in Weferlingen next week!