Arma 3 hails people of every flavor from all over the world. To get to know them a little better, we're hosting a series of mini-interviews with some of our amazing community members. These aim to give you a personal insight into their backgrounds, why they got into Arma, and how they typically experience the game. In this rendition of the Community Profile we had the pleasure of talking to Soul_Assassin of Red Hammer Studios (RHS).

I lived in a small Russian exclave called Kaliningrad until I was 9, at which point my family moved to The Netherlands, where I spent the rest of my childhood.

I remember seeing adverts for OFP in PC Gamer — as far back as 2000, I think — catching my eye. I think at that time it was still missing the word "Operation" from the title. At some point the demo appeared on the CD that came with the mag at the time. That completely blew my mind as I never thought a game could have so much freedom (and this was the demo!!). I was also always interested in the military so it had all the appeals to me. Not being able to afford the game at the time, I was lucky enough to borrow my friend's copy. Unlucky for him because I never gave it back, to my great shame to this day. So I guess the answer is I've been there from the very beginning.

Impossible to say. The counter is in the thousands but it is misleading. My PC is on all the time and the launcher is running because I constantly run tests on RHS stuff. Actual play time would be far, far less, maybe in the low hundreds. Any and all free time I spend behind my computer goes into modding. Arma 2 though, I've spent hundreds of hours playing Domination with a cool group of friends.

Undoubtedly, the Arma series takes the prize. I have not seen anything that comes close to the experience. That aside, I'd have to go with the Far Cry series or Red Dead Redemption. I am a sucker for well-written stories.

I'm a big fan of sci-fi, military, and crime thrillers. The Star Wars saga would take first prize, followed closely by Sunshine, Black Hawk Down, and then Sicario. 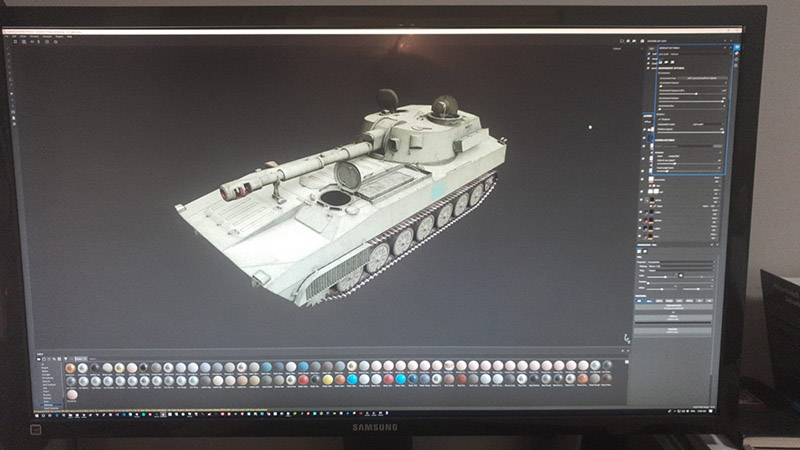 The real start I already described above, but I really got involved once I figured out that you could change the game with the mission editor and modding.

Mostly playtesting our work with RHS. Not much actual playing I'm afraid due to time restrictions. Hey, but bug squashing is also fun... in a masochistic kind of way.

Would have to be our first release for Arma 3. It was years of work finally released as a single body — with an excited and tired team riding on adrenaline.

No comment. Unfortunately, with the time I have it is all spent with RHS, so I don't get exposed too much to other content unless someone recommends it. If I had time, I'd probably play gun game or good old Domination. :).

Player? No. But maybe I can give a tip to anyone trying their hand at modding. If you truly enjoy doing it, keep going and never give up.

BONUS: Would you rather be famous for inventing a deadly new weapon or invent something that helps the world but someone else gets all the credit for inventing it?

Who said I'm not building a deadly weapon that saves the world? :)

Perhaps a thank you to all the wonderful people that make the community up. It truly is quite the exception to the rule. A great place for creativity and enjoyment to flourish and the community as a whole makes this all possible.

You can find Red Hammer Studios on the following social media channels: