Arma 3 hails people of every flavor from all over the world. To get to know them a little better, we're hosting a series of mini-interviews with some of our amazing community members. These aim to give you a personal insight into their backgrounds, why they got into Arma, and how they typically experience the game. In this week's issue of the Community Profile we've had the pleasure of talking to video content creator, War Is Hell. 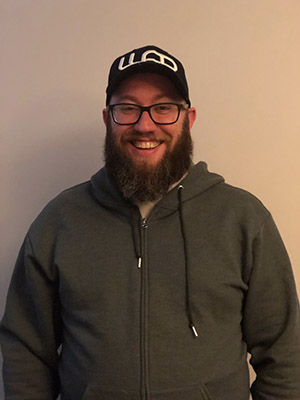 I've gone back to school in hopes of doing academic research on the organizational management of the military. My goal is to research ways to improve the morale of those currently serving in the armed forces (while maintaining combat readiness) and to help our veterans transitioning back into civilian life. I also want to research military leadership, various command structures, and other facets of the US armed forces at an organizational level.

Arma 2 was the first game for me.

Ok. This question might not be fair. Steam says I have 13964 hours in Arma, but a lot of that is leaving Arma open to come back to it later. I would say I have about 5000 hours actually in the game.

Give me a hard one Rob! Arma 3 is hands down my favorite game. The game's level of replayability is absolutely unparalleled. I love that I can generate my own scenarios, play in different timelines, in different game modes, and with different communities. It is a different experience every time I play, and I'll never get enough.

The Hunt for Red October has been a favorite of mine since childhood. Not only did that movie prove that as long as you have a non-American accent and a beard you can play a Russian. I think it helped start my fascination with the military. However, I can neither confirm nor deny that my wife says I watch that movie way too much.

I will if I HAVE to. Nebraskans like myself love beef on their pizza so keep piling on the beef! 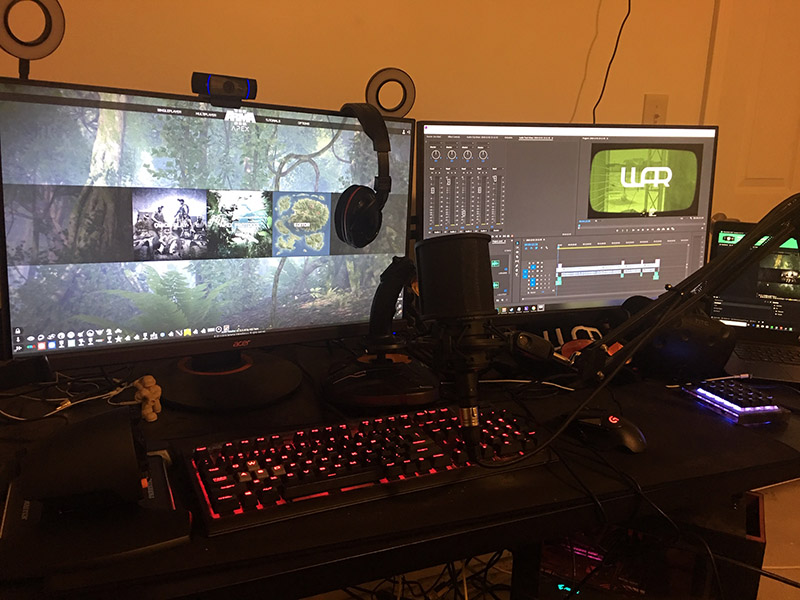 The initial draw to Arma was this idea of being able to play a military simulator/sandbox where you could design virtually any scenario that you wanted. I loved the idea of being able to use my imagination to come up with all these unique stories and scenarios. What furthered my fascination was knowing that not only could I generate my own content, but I could play content created by other users. At first, I wanted to create Arma based machinima videos, but when I got into mission making myself and explored what I could make, I became hooked pretty fast, and I have been playing since the alpha. It made me realize I had to make a YouTube channel to share the level of fun I was having in Arma.

Most of my engagement with Arma 3 is through the construction of stories and scenarios on my YouTube channel called War is Hell. I recently completed developing a series of missions and videos that are based on Operation Unthinkable. Operation Unthinkable was Churchill's plan to rearm 100,000 German soldiers and — with the US and UK forces in Europe — drive out the USSR from Europe and Poland in July of 1945. It’s a great example of what I love about Arma; I can make alternate scenarios based on WW2 if that strikes my fancy. Right now I am looking at what would have happened if the August Coup had gone differently and started a Soviet Civil War in 1991. In addition to the mission design aspect of my channel, I play with a variety of milsim units in the Arma community including our own community unit called PSO. I really want to showcase how broad the Arma 3 milsim community is with the various types of milsim units that are out there. This year, I set a goal to get to not only make new alternate history series for my channel but to get to know more Arma milsim units, and also collaborate with other Arma YouTubers. So, there is a lot of new engagement ahead as well!

Nothing is more remarkable than meeting someone who is brand new to Arma and seeing them find their love of the game. I am genuinely grateful that I get the opportunity to work with some of our community administrators like DanofWales, EfytheAce and You Can Call Me Commander. These guys have really put together an amazing, welcoming, and what I believe to be a special, Arma community. We have had people who have only just been introduced to Arma because of a video that I posted on my channel, and we have seen these people quickly turn into a die-hard Arma player. People have found something they love, or a group that they love, and can't imagine doing anything else. Seeing the teamwork to help people find their passion in the game, or a community to call home, brings me so much joy. Again, these guys are awesome, and I'm grateful to be associated with them.

Oh shoot… you did give me a hard one. GCam has to be my favorite mod because of how easy it is to generate cinematic content. I know my content wouldn’t be the same without it as it makes it easier to connect with the story being told. Some of the greatest Arma content (such as submissions for the Armachinima contest) couldn’t have existed without GCam. So many people have become aware of the game and what players can do because of viral videos that were generated thanks to this mod.

Experiment. Experiment. Experiment. Because this game is so diverse in what you can do and how you can play, I highly suggest branching out and trying various game modes, and user-created content available to the entire community. There are things that will appeal to the casual and the most hardcore gamer. Even if you have found something you love in Arma, there is so much that will keep bringing you back.

BONUS: Would you rather know the history of every object you touched or be able to talk to animals?

I think I would rather talk to animals. As much as I would love to know the history of every object I touched, I'd worry that most stuff was either pretty boring or there was a history that I would not want to know. I can imagine it would make eating certain foods a lot harder to do. Plus, as someone who loves history, some of the stuff that I would want to know the history about is in a museum or somewhere else where I can't go up and touch it. Talking to animals has some obvious perks to it and not as many cons, so it seems like the safer bet to me.

More than anything, I want to say thank you for being such a great community and for making Arma so great! Some of the best people that I've met in gaming have come from the Arma community. I mentioned the friendships that I've made with our admin team, but there are so many other people in PSO, in units that I have played with, and elsewhere in this community that I can only describe as phenomenal. In addition, there are so many people that have been extremely supportive of me and my work. All of you truly humble me. You motivate me to keep going in creating the content on the War is Hell channel, and I hope I can continue to provide entertaining content for all of you for many years to come. Thanks again to all of you. I couldn't do this without you.