Arma 3 hails people of every flavor from all over the world. To get to know them a little better, we're hosting a series of mini-interviews with some of our amazing community members. These aim to give you a personal insight into their backgrounds, why they got into Arma, and how they typically experience the game. In this issue, we interview PuFu, a Romanian 3D modeler, modder, and member of the RHS total conversion mod team. 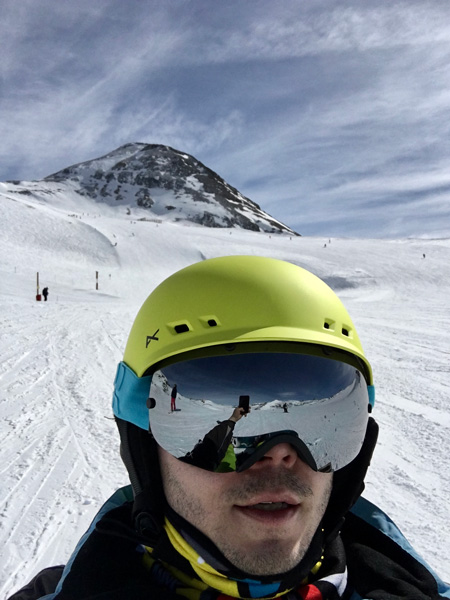 Got my driving license suspended (not my fault, obviously) 2 days before my last trip to Prague, had made all the arrangements to drop by Bohemia Interactive’s Edita in Mníšek. Found out even if you have already reserved a car, no one actually rents you one without that piece of plastic. So instead I tasted all the delightful beers of Czechia, contemplating Edita’s natural forms.

So what is the origin of the name PuFu?

It started back in high school, for one reason or another everyone ended up with a nickname, some had some meaning, some had none. Mine was a bit of tongue in cheek really since pufu is supposed to be the short version and synonym for fluffy, but it had very little to do with the fact that I was wearing an afro back then, and more with a pretty spiky way I was expressing myself back then (some would say I still do).

According to Steam, 2305 hours, and that doesn’t include the Alpha and Beta when I did most of the actual gaming - I own the Supporter Edition, best money spent ever on any product out there - nor does it include the BI development builds. I have twice that in Arma 3 Tools though, which is where I spend most of my Arma time these days.

Outside Arma’s franchise, it’s pretty tough really. I’d say Fallout 2 (the turn-based ones from 1998) comes first, playing that from start to end in all manners possible. I still think it was better than any of the recent ones made by Bethesda, from story to gameplay.

Outside modding and 3D modeling, I used to play a lot of basketball (both pro and as a hobby), but it feels that getting people my age together for a game is more complicated considering most have changed priorities after their first kid. I still do get some court time, but less frequent than I would want to.

Nowadays I bike instead of driving when I can live without AC. I do enjoy a good airsoft game whenever possible, get my doggo out for a run as much as my work allows, go snowboarding every year at least a few weeks during winter, and have made a point of having a long swim in the sea at least once a year.

What is your favorite season?

Spring. I also look forward to it each year. Might be biased being born in the spring, I admit. It’s definitely the perfect time to get away from urban life without having to mind the global heatwaves.

Nope, but I don’t hold it against the ones that do. 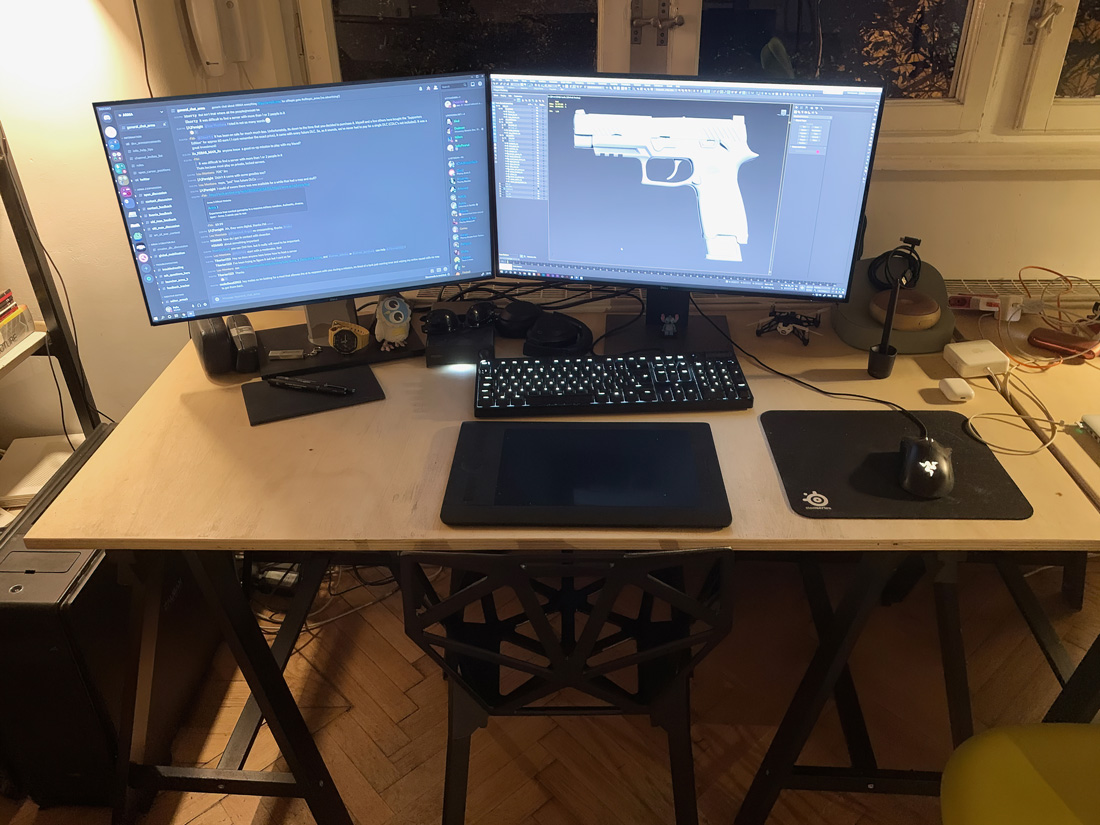 Had the OFP demo back in March 2001 from a local video games magazine called Level I used to buy regularly. I still have that magazine set stored someplace safe. Took me a while to get my hands on the boxed full game, but it was really worth it. Getting all the expansions was even trickier back in the day, but this is, by far, the game I played most just by using the editor.

I don’t actually get to play it all that much these days. I still mod it, after all this time (been doing this since 2007). The former OFP WGL team including Kju invited me to join them into the development of what was later known to be ACE 1 for Armed Assault.

When I do get to play the game, it is either in singleplayer (yes, I am part of the minority that played all the official campaigns, scenarios, etc), or I just fool around in the editor and create some quick scenarios for me to get some kills.

You’re also involved with Red Hammer Studios (RHS). What is your role within the team and how did you get involved in the project?

I have been part of RHS since 2010 or 2011, jumped over from ACE2 to RHS since my interest has always been 3D modeling (also that’s a realm I deal with on a daily basis for work). Never looked back, the people in the team are some of the best blokes I had the pleasure to meet, at least online. I am a poly bully at heart. I model, bake, texture, animate, and sometimes also inject and do some of the configs (which is the part I like the least). I do not touch any of the scripts, I leave that to people who know how to do the black magic required by the RV engine.

Might sound like some sort of advertising, but I can assure you it isn’t: RHS is basically a group of people who got together because they choose to spend some of their free time creating and providing the Arma community content, striving for the highest quality and accuracy possible for this engine. RHS is a melting pot of various talents and skills, but there isn’t any sort of business like pyramidal structure amongst us. We help each other because we choose to, not because some “boss” told us to do so. Yes, it happens that I am one of the oldest (besides Soul Assassin, obviously) active members of RHS, but besides some extra infrastructure/organization work, and taking care of all IP infringements (but that’s because I choose to do it), there aren't any “senior roles” within our group.

In your time of modding, is there a model that you have worked on that you’re most proud of?

I think, just like with most things out there, people and their individual skills evolve, and so does the content they produce. I am usually most proud of the latest content I just made, just until I get to do the next one, which replaces the previous. That isn’t to say that there is something I have made that I am not proud of, but in hindsight, everything I've done could be better somewhat. I guess that’s what keeps me going.

Winning Make Arma Not War with RHS has to be that moment. Seeing Arma 3 Apex expansion released, which I have worked on as an external 3D artist, comes second to that.

Are there any lessons you learned from the Make Arma Not War contest, or modding in general, you can share?

Besides RHS mods? Bias aside, I am still astounded by the amount of professional-grade work being poured into this franchise for free (and Arma 3 implicitly) that it is simply impossible to pick a single one. From Mikero’s packing tools to Alwarren’s Blender P3D plugin to both TFAR and ACRE for Teamspeak, to ALIVE framework. Campaigns such as Resist and Pilgrimage also amaze me with their quality and consistency.

Don’t think about it like any other first-person shooter game. Think about it as a LEGO set. With this sandbox, any scenario you can think of is possible.

BONUS: If someone were to sum you up with a phrase, what would that phrase be?

Within the Arma community, it has to be - DMCA. I am the one responsible to strike with my ban hammer the likes that “forgot” to read the RHS EULA or Steam terms of service.

This game is made collaboratively by a huge number of people. Some you call developers, some you call modders. If interested and motivated, you could easily be part of either group and make it your own.