Arma 3 hails people of every flavor from all over the world. To get to know them a little better, we're hosting a series of mini-interviews with some of our amazing community members. These aim to give you a personal insight into their backgrounds, why they got into Arma, and how they typically experience the game. 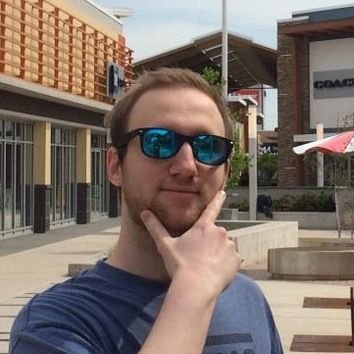 I moved to Canada 2 years ago and part of the immigration was to get a medical test. I apparently have 20/10 vision.

3358, most of that is actually spent playing Arma, as in, playing Zeus missions, but I have been racking up a lot of editor hours as of late.

This is a really hard question to answer and I am sure I could fill an entire page with my answer, however, I will just mention my top 3 (in no particular order) which are: Red Orchestra 2: Heroes of Stalingrad, Arma 3 and Rainbow Six Siege.

Indiana Jones and the Last Crusade is definitely my favourite movie. My dad and I must have watched that movie a hundred times.

I actually talk about this particular subject a lot (believe it or not) and though I always make jokes about it, I don't hate it, but it's definitely not my preference. I prefer a pizza with a ton of different meats.

Just like so many others I originally got into Arma through the DayZ mod for Arma 2. I literally bought Arma 2, launched it once (as you had to do that) and then just played DayZ with my friends. One night I was really bored and my friends weren't around so I just decided to launch Arma 2. I played the campaign and was longing for more of the "action" that Arma 2 had to offer vs the slower gameplay in DayZ. I then found Wasteland servers to be my next go-to thing and even got all my friends on-board.

I have been a member of the virtual 3rd Ranger Battalion Unit since I started playing Arma 3 and play multiple events a week with them. I either record and/or stream most of these events for people to enjoy on either Twitch or YouTube. I have been creating more and more events myself too – I actually have been enjoying making my own story and editing existing maps to suit my ideas a lot. Arma's editor allows crazy freedom; combine that with basically an endless amount of mods and I can see myself making different scenarios and missions for years to come! (Until Arma 4 ;) )

There is this one moment from a mission from 2-3 years ago. This was a 1-life mission, where if you died you could not come back. I was the team leader of a small Russian Spec Ops team, our job was to sabotage the Lijnhaven harbour and then extract south. Everything went as planned, but just as our extract helicopter was about to touch down, mortars landed around us, machine-gun fire hit us from 3 different directions and 3 members of my team managed to jump aboard the helicopter. One of the remaining 3 guys was walking wounded (thanks ACE medical) and he couldn't make it to the chopper in the next few seconds. I yelled at the top of my lungs, over the mortar and machine-gun fire, to the pilot that he should take off. A team member on-board the heli radioed me and said the pilot had to return to base since his fuel tank was hit and he couldn't circle the area. This meant the 3 of us would be without an extract for a few minutes. I then had broken-leg-man carried by my remaining fire team member. We walked along the coast trying to get away from the hostiles. They, however, were chasing us down. I had to order the broken-leg-man to be put down on the ground as we tried holding off wave after wave of enemies approaching our position. Eventually, we got to the crossing point of a small island. I was the only member of the 3-man team who could walk normally at that point. I told my teammates to cover me as I ran across 50 meters of open ground, setting up on a rock on the island. I then covered them as they crouched through chin-high water. At that point the helicopter and my 3 remaining teammates were getting back into radio range as their communication was coming through a little less garbled with every second that passed. The pilot performed a pinnacle landing under heavy fire from the chasing hostiles. We managed to get all 6 members of the team back to base and didn't lose anybody.

There is not just ONE mod that I could even think of that takes the crown. If anything, I would like to shout out a few mods that I think have been a large part of what makes Arma 3 great to me: RHS, IFA, FoW, ACE, TFAR and Unsung are the ones that immediately come to mind. There are however dozens, if not hundreds, of mods out there, some very small and some very big that have improved my experience in Arma.

Arma 3 is, at its heart, just a giant sandbox. Bohemia laid the groundwork and you as a player can determine what you want to do inside that sandbox. Sometimes I find myself (even after 3300+ hours) learning new stuff, I then spend the next days trying to understand the new thing and searching the internet about it. I think you should never be afraid to ask others for help, even when you think you know everything about Arma (because you probably don't).

BONUS:  Would you rather have everything you draw become real but be permanently terrible at drawing or be able to fly but only as fast as you can walk?

My drawings have always been terrible, I am afraid it would end up like the Spongebob episode where what he draws comes alive but with even worse looking doodles. I think flying would be awesome, I could put on some headphones and fly-walk to the grocery store. It would still save some time and at the very least you would have something interesting to talk about at parties.

I would like to thank Bohemia for the great base sandbox they delivered with Arma 3. I definitely would not have met so many awesome people if it wasn't for Arma 3 and the insanely large and overall welcoming community it has behind it. When in a few years perhaps we don't play Arma 3 but it's sequel, I hope the community stays as awesome as it is now.