Arma 3 hails people of every flavor from all over the world. To get to know them a little better, we're hosting a series of mini-interviews with some of our amazing community members. These aim to give you a personal insight into their backgrounds, why they got into Arma, and how they typically experience the game. In this week's Community Profile we have the pleasure of meeting community developer, Alwarren of Community Upgrade Project (CUP). 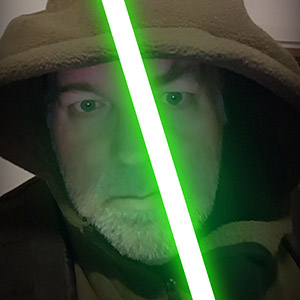 Varanon, a fellow mission maker and central member of the Community Upgrade Project (he made, among other things, the Leopard 2 in the latest update), is my identical twin brother.

Like many others, I guess my first Arma game was Operation Flashpoint, now called Arma: Cold War Assault. I didn't have a good PC way back then so, in the beginning, I only played the demo version ("Ambush" mission) but I played that a hundred times at least. I was so blown away that I upgraded my PC and got the full game.

I was conflicted about this one, but I'd settle for Arma 3. Flashpoint was a great game, but everything considered I think I spent more time in Arma 3 than I spent in any other game in existence, in spite of its issues (need I say "night lighting"?). Another great game is "Hidden & Dangerous" by Czech developer studio "Illusion Softworks". Games like these cemented my preference for tactical cooperative shooters.

Hard to say. I don't really have a favorite, but there are some that I could watch over and over, one of them being Aliens and most of the original Star Wars trilogy (as far as I am concerned, there are no prequel movies). And, in spite of all of its shortcomings (and there are quite a few), I like the Lord of the Rings trilogy.

Do you eat pineapple on Pizza?

I came upon the demo version of Operation Flashpoint on a cover CD of some German game magazine. It had one playable mission, "Ambush", which I still wait to this day for the playable conclusion (it said so in the end credit screens - "Watch out of the playable conclusion"). I must have played that demo a hundred times even though I did not really have the PC for the game back then. From the first minute, the game confused me. I had no clear idea what I was supposed to do, or where I was supposed to go. I figured that this would be exactly the sort of disorientation I would feel if this were a real conflict and immediately fell in love with the concept. In a way, the game's inaccessibility sold it to me. :)

Basically, three-fold. For one thing, I am an active modder and, besides a few of my own add-ons, mainly work on the Community Upgrade Project (CUP). That takes up quite a lot of time already, I would guess it's the majority of my Arma time. Secondly, I build missions myself. There are about 70 or so of my missions on the Workshop (not all of them public yet). I mostly do these missions for our own clan. I have a few requirements for my own missions — among others, I never make respawn missions. All missions are meant to be played without respawn. I hate respawn because it discourages you from improving your skills, it just means you can go again — like a racing game without a damage model where you eventually start to pin-ball off the curbs. Which leads to three, I play in a clan called Comrades in Arms, or CiA for short. CiA is one of the oldest clans around, founded in 2001 for Operation Flashpoint. Since around 2004, CiA is all about cooperative gameplay, hardcore missions with no respawn, and attempting to keep things "professional" without sacrificing the fun. We're not a milsim unit, and we play a wide variety of missions, on all sides. If you are interested, http://ciahome.net (shameless plug).

Usually referred to as an "Armagasm"... I remember playing a multiplayer mission that was pretty long. Towards the end of the mission, we had a Shilka firing at us, essentially pinning us behind a building with no apparent escape. Since I was the guy with the explosives, the rest of the team tried to distract the Shilka while I made a dash for the next couple of buildings. I then crept through the roadside ditch towards the thing while it was still firing at our guys, planted explosives, made a dash for the next cover and literally blew the thing up while I was running. It was one of those action-hero moments, something that only happens in Arma.

That's a tough one. I'm not going to say CUP here because I am kind of biased in that respect. RHS is definitely high on my list of awe-inspiring add-ons; the sheer size and quality of the mod is great. On the tools side, the two things I couldn't live without are my own Blender toolbox and Mikero's pbo tools. Mikero's tools are rather nit-picky, which is ideal to avoid errors when the game is running. I don't think I could do without them.

If you are in the least bit interested in multiplayer: Get organized. Go to the Arma 3 Units page, or the forum, and seek out like-minded people. A lot of clans have open game nights. For example, Comrades in Arms allows guests to play along without membership, so if you are unsure if the style fits you, look for a group like that and give it a try. If it isn't your thing, move on. There are groups that play everything from milsim to the most casual type of games, role-playing, survival, you name it. But IMO organized gameplay will always be better than jumping on a public server and hoping for the best.

I guess I would prefer to be completely insane and think I am sane. Actually, come to think about it, there are people that would argue that this is already the case.
Definitely, ignorance is bliss, so if I were crazy I would prefer not to be notified.

Support your content creators. Giving them an upvote and a "thank you" comment on the Workshop goes a long way for motivation. Too often I see people downvote a mission or add-on without even a comment why they did it. Remember, they are doing that in their spare time, without pay. Invest the two minutes it takes to show your support on their Workshop page. To Bohemia Interactive, thank you for the continued support for this game. You guys are a shining example of a developer. Now please announce a new Arma game. (Oh and can we haz the old night lighting back? Please?)