Arma 3 hails people of every flavor from all over the world. To get to know them a little better, we're hosting a series of mini-interviews with some of our amazing community members. These aim to give you a personal insight into their backgrounds, why they got into Arma, and how they typically experience the game. We're kicking off the first ever Community Profile with community artist, @thebuckfastwine! 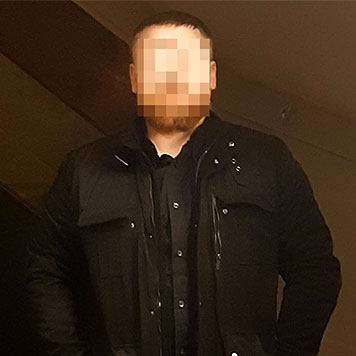 My great-grandfather was one of the first men who captured Rudolf Hess during WW2, he was also a boy soldier in the Great War.

That would have to be ARMA: Armed Assault followed by the fantastic Operation Flashpoint: Cold War Crisis/Resistance.

Oh, that's easy! It has to be the game that led me on a 17-year love affair with Bohemia Interactive and that game is Operation Flashpoint: Cold War Crisis.

Platoon or Star Wars: The Empire Strikes Back.

No pineapple, please. Although I do like a pizza with donner kebab meat on it, and I also had a deep fried mars bar pizza crunch once. I won't say anything more about that experience.

Well, I progressed from Operation Flashpoint: Cold War Crisis to Armed Assault. Then I played the Arma 2 series, and here I am 17 years later playing Arma 3 with a smile on my face.

I always try and get as much Arma 3 time in as I can whether it is playing in my server with friends (Stupid caveman & EDcase), or making stuff in Eden for myself and helping other people with work in Arma 3. I also catch up with the great Arma 3 community on the Bohemia forums and Twitter while trying to spread as much Arma 3 love as I can around the world. I also enjoy watching Arma 3 live streams some of which are Melle, flashranger, Jamo 4thIB and Diablohelmetcam.

I've used many great mods maps and missions over the years, but the one I use the most is MCC Mission Control Center Sandbox 4 by Shay_gman, Spirit and Psycho. If you guys see this; thanks for keeping MCC up-to-date over the years.

This is a hard one, but I'd say don't be scared to try something different. Arma 3 has many many sandbox options to play, be it on foot, mobile, air or sea. Try and get out that comfort zone and if you are stuck just ask someone for help. I still find myself after 17 years asking people how stuff is done.

6. BONUS: Would you rather fight Rambo or Chuck Norris in a fist fight?

I'm from Glasgow, it would be rude not to fight them both at the same time.

I'd like to end this with a big thanks to all those Arma3 mod/mission/map developers, content creators, and live streamers, and of course, the players of Arma 3 for making Arma 3 such a great game over these last splendid 5 years. You can also catch up with me and what's going on in the Armaverse on Twitter @thebuckfastwine.