Ahead of their release plans announcement, Bohemia Interactive has revealed that Valve’s Steam will be required to play Arma 3. In a developer’s blog post, Project Lead Joris-Jan van ‘t Land explains the studio’s motivations, stating that the game could otherwise not be released in 2013.

The “Full Steam Ahead” blog post mentions a difficult phase in development, which also involved the recent incident in Greece. These setbacks drove the studio to re-evaluate the project, and Joris-Jan van ‘t Land refers to the decision for Steam as one of the steps to set Arma 3 back on track for a 2013 release.

“As an independent developer, we’re constantly evaluating the way we develop, distribute and publish games. Valve made tremendous improvements to their system, which made the installation/update process much more user-friendly - for both developers and customers.“ adds Bohemia Interactive’s founder and CEO, Marek Španěl

“We realize that some people may find it difficult to migrate to a new platform, especially if they were used to purchasing and playing our games without any external third-party application. We have evaluated the pros and cons, but in the end Steam enables us to release Arma 3, brings massive advantages to the game, and improves the end-user experience. Not to forget, the majority of our players already come from Steam.“

Bohemia Interactive is also exploring the further integration of Steamworks functionality, which would enable game features that are impossible to develop in-house, on time.

“Valve’s Steamworks offers some cool features that can help us to enhance the Arma experience where it matters. We’ll save the exact details for a later update, but to summarize our priorities in two key words: user-generated content and multiplayer.”Joris-Jan van 't Land 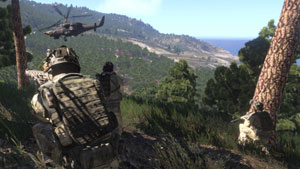 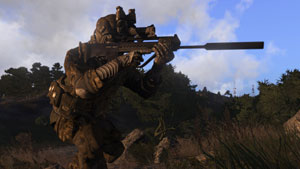 Based on the latest progress and the current state of Arma 3, he ends his blog post in confidence:

“We feel strongly that our decision is paying off, and soon you'll get a chance to see why.”

The entire development blog post can be found here.

Boxed copies of Arma 3 will still be available at retail in most regions. These will either be Steam Codes in a retail package, or also contain DVD data to speed up installation.