It's been a wee while since our last major release, but the months in between have been busy! Since April, we've shared a cavalcade of significant updates (and a couple of cheeky reveals to boot). This period also presented us with an opportunity - namely, the pre-production of next year's expansion - to take stock of our backlog, priorities and preferences. It's been an intense, rewarding experience, which resulted in the creation of our 2015-16 roadmap and, later this week, the launch of our first 'deliverable': Arma 3 Nexus Update.

We think of Nexus as a vital stepping-stone on the path towards Arma 3 Apex; simply put, it focuses upon enhancing gameplay features, content and systems. On the cusp of its launch, we'd like to introduce this update, share the improvements it brings right now, and discuss where it fits within our 'bigger picture' plans. Before setting out the 'core mechanics' refinements, we'll dig into some new MP content, and tie things up with an introduction to 'mod dependencies', and a peek at our new community service, 'Arma 3 Units'.

During Marksmen DLC's production, we experimented with End Game, a new MP mode that sees 2 sides compete to locate and secure valuable schematics against a common enemy. With its continued development, our goal has been to create a solid basis for future MP content, using the mode to design shared systems, identify / solve performance and network traffic bottlenecks, and validate improvements in other areas, such as AI, audio, and animations. Nexus includes new End Game instances, alongside a bunch of improvements and additions, presented in more detail below. 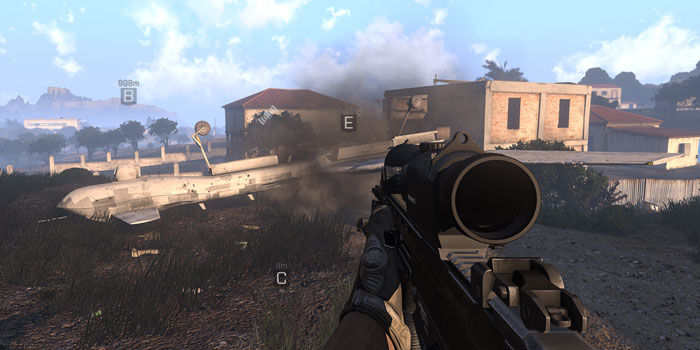 Kavala is the original End Game instance, and provides a great intro to the logic of the game mode itself. Distances and objectives are set up to encourage tactical movement, yet keep the action fairly focused, and showcase some really interesting locations. 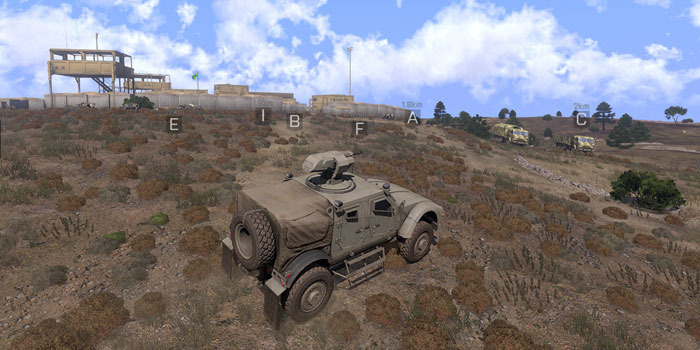 This instance builds on the original concept and opens up the AO. With a bigger area, more intel objectives to assault and secure, an increased player count (16v16), and more vehicles, players are encouraged to plan their offensive and manage their squads. 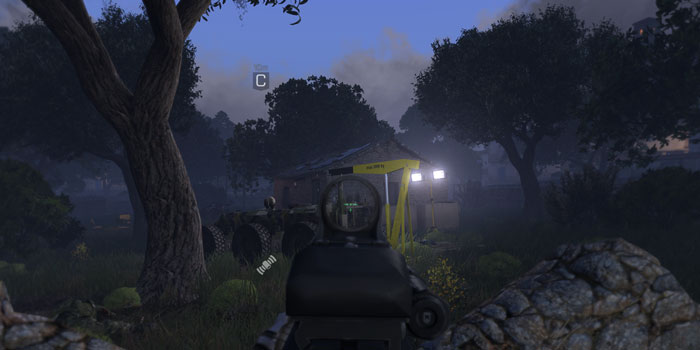 Focusing on smaller-scale tactics, Zaros is quite the opposite of Feres - more like an intense version of Kavala. The AO is more concentrated; the order in which players approach objectives is relatively less important than the ability to move quickly and effectively. 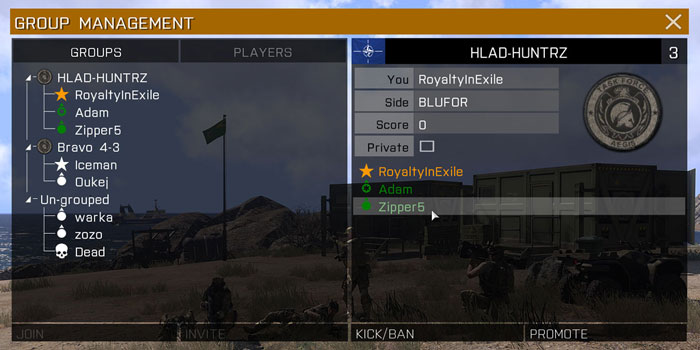 Work on Revive, Shared Objectives, and Dynamic Groups has continued, with some welcome progress on the underlying architecture and performance. It's essential to get a more robust framework in place, as our new systems (and many community creations!) closely depend upon it.

Recent changes to remote execution, for example, bring improvements to MP performance and security. This, together with careful refactoring of Revive, will reduce the network traffic footprint. 'Full' engine support for these systems is now planned for Eden Update and Apex itself. 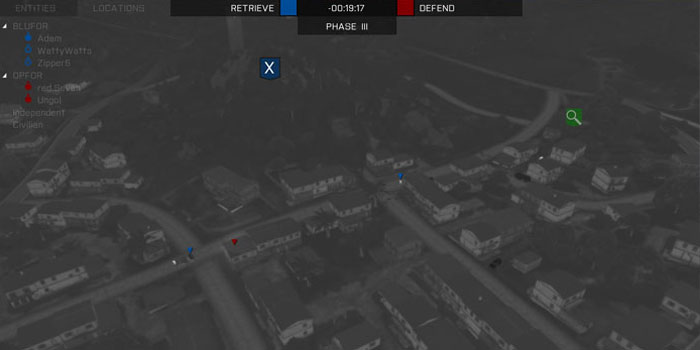 Our new End Game scenarios have additional lobby slots, where players can choose to watch the games. Although it's designed with this particular mode in mind, like our other MP systems, our spectator camera is built to be pretty modular (and extensible!).

Recently, we've put this mode through something of a 'baptism of fire', relying upon it for the End Game Tournament's livestreams. Although we're happy with its current set of features, we're looking forward to building up on this initial release in future updates!

As we looked towards creating new gameplay opportunities for next year's expansion, we also thought about what refinements we might make to our existing features; particularly, those flagged up as 'core mechanics', such as movement, shooting, and interactions. While certain changes demand more complex / resource-demanding, long-term development (some of which are pencilled in for Eden Update and Apex), we identified a manageable subset of related features, including 'fatigue' (AKA 'stamina') and 'personal protective equipment' (AKA 'soldier protection'), which could be addressed and improved within the scope of Nexus Update. 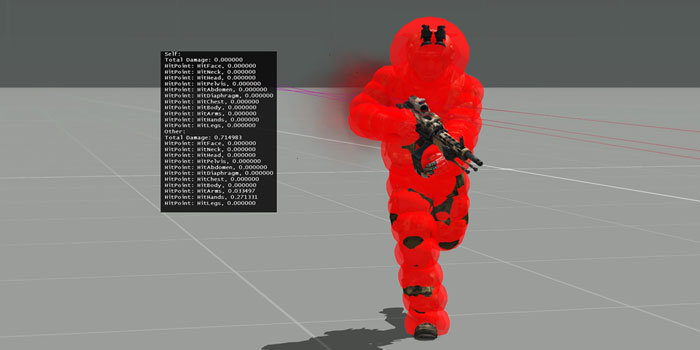 With the general objective of striking a meaningful balance between passive soldier protection and active marksmanship skills, Nexus Update will see the introduction of a refined 'hitpoint-based' damage model, which will enhance the lethality of shots to unprotected parts of the body.

We've also sought to improve reactions for when shots connect with their target. When hit, based on the calibre of the round, blood particles are trigged. Although we seek to avoid unnecessary gore, additional visual feedback was considered appropriate in this case. 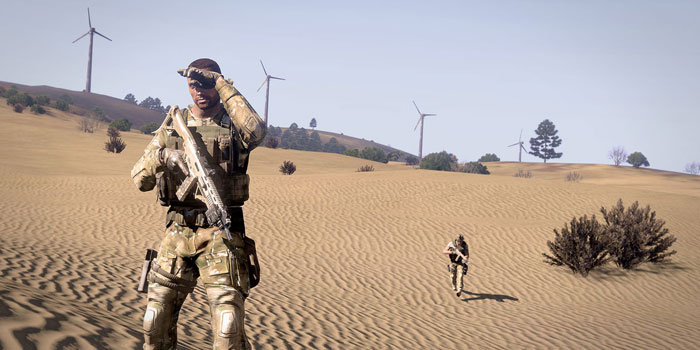 With the goal of creating a lightweight system that challenges players to manage their movement and loadout, 'Stamina' is a new mechanic that determines a player's ability to sprint, a capacity defined by their current load, and affected by factors like terrain.

We've supported Steam Workshop mods for a while now, helping players to discover, subscribe and maintain a variety of custom content, and, with Nexus Update, we plan to push it even further! Mod-makers can now define dependencies, which should greatly improve the usability of their content. So, for example, a player launching Arma 3 with a mod that requires another Workshop item will be offered an automatic installation. This improvement forms part of a longer-term development that, we hope, will result in simplifying the process of joining modded multiplayer servers.

Although, at heart, we think of Arma 3 as an authentic combined arms military game, we're proud that its also a platform for a multitude of different play-styles. With Arma 3 Units - a web service connecting players with communities - we aim to improve the discoverability of the varied groups out there. While we aim to expand this service on the road to next year's expansion, with today's 'foundation' release, our aim is to support a browsable database of communities, helping newbies and veterans find like-minded players and events. 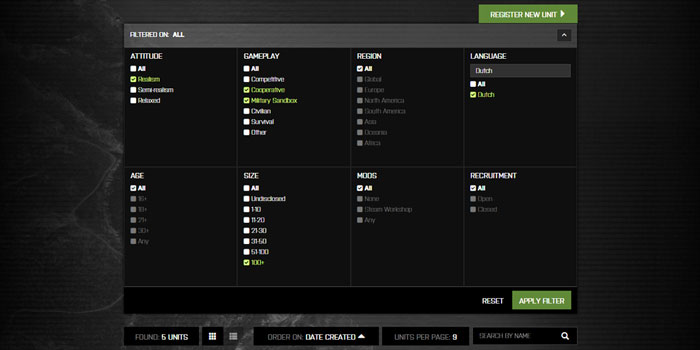 Players can quickly search for units that match their own preferences. Filtering results across group attitude, gameplay, and other demographic categories, we hope players will find new communities and, perhaps, even discover new ways of experiencing Arma 3, too! 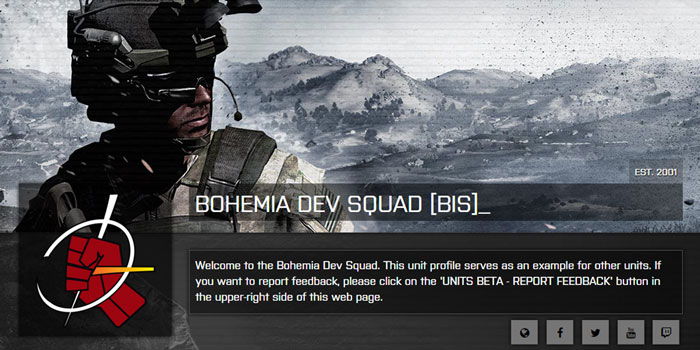 Aside from the basics (bio, categories, etc.), units can define their own logo, clan tag, and upload media. Although we aim to support more features (events, members, etc.), this 'foundation release' provides an ideal space for units to showcase their gaming communities.

Those familiar with our 2015-16 roadmap may already have a good idea about the next target in our sights: Arma 3 Eden Update! Although the undoubted centre piece is the formal introduction of the Eden 3D Editor, this update also brings usability and audio-visual fidelity improvements. We'll share more detailed info in the New Year, but some of the fantastic forthcoming additions include features that just managed to slip beyond the scope of Nexus, including an overhaul of the task system, significant audio enhancements, and splendid new lighting and water shaders.

Beyond Eden lies Apex: an Arma 3 expansion built around Tanoa, a co-op campaign, and new vehicles, weapons, and characters. It's fair to say the teams - particularly our artists, encoders, terrain and content designers - are laser-focused on this objective; however, we'll hold out a little longer before sharing more juicy details (some of which we outlined in October's roadmap update!). For now, we hope you'll feast upon the fruits of Nexus Update's labour, enjoy a relaxing yuletide, and join us in our excitement for next year's splendid developments!