In continuation of the official Community Guide series, Bohemia Interactive today published a new video SITREP (II) for the recently released Arma 3. Thanking all those who participated in the Arma 3 Alpha and Beta, Andrew Gluck (better known as Dslyecxi) from ShackTactical reflects on the game’s release, explores the launch package, and looks at the future of Arma 3 as a platform for official and user-made content..

In similar fashion to the first video SITREP, this new Community Guide recaps development and celebrates the splendid release milestone. While scanning the horizon, Dslyecxi also discusses Bohemia Interactive’s dedication to supporting the game with new updates and content – including the singleplayer campaign, of which the first episode will be deployed on October 31. Player-created scenarios, mods and add-ons are another point of focus, one which the studio hopes to push to a next level with additional tools, documentation, and the further integration of the Steam Workshop. 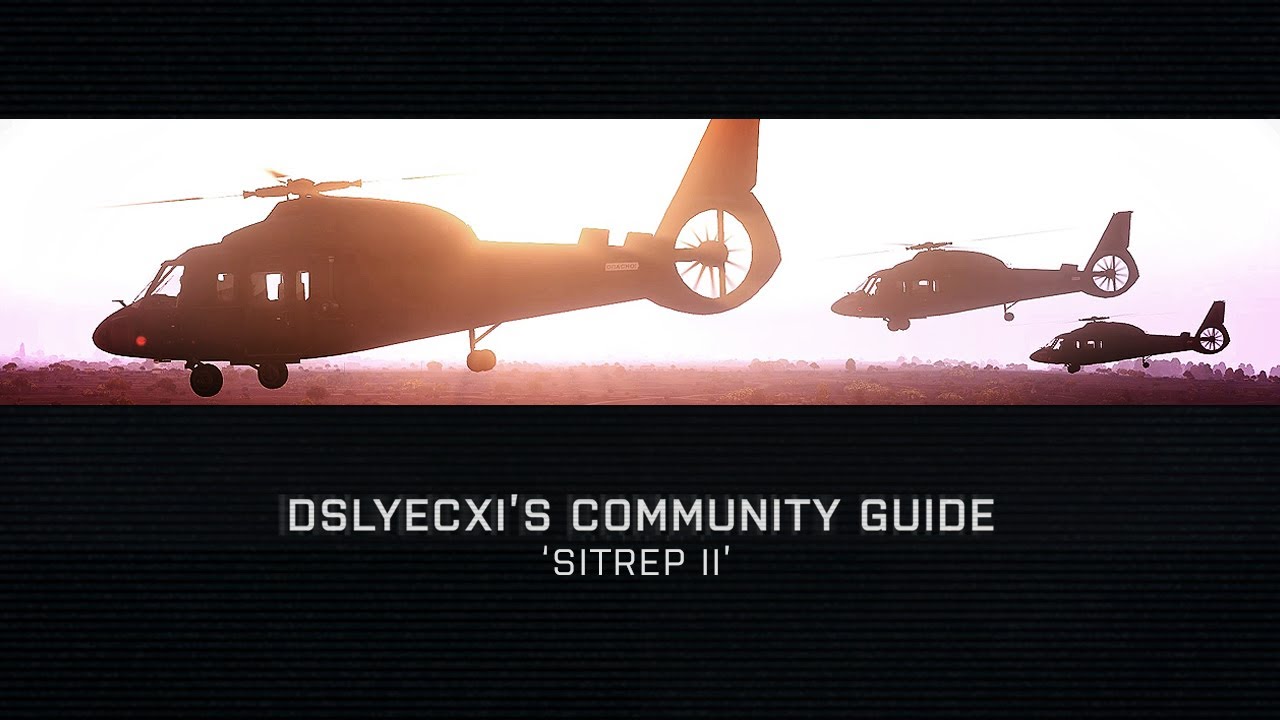 In co-operation with Andrew Gluck from ShackTactical, Bohemia Interactive is creating a series of videos to explain some of the basics of Arma 3. Previous Community Guides already explored infantry combat, multiplayer teamwork, helicopters, sniper and launcher teams, and combined arms warfare. The upcoming season of video guides will focus on a specific range of Arma 3-related topics.