It's been around four months since our last major update and, since then, much progress has been made! For the most part, we've turned our attention towards enhancing helicopter gameplay. However, with Arma 3 Helicopters DLC, there's much more to it than that.

So, on the eve of its release, we want to introduce the new sandbox and playable content on offer. Alongside that, we'd like share the collateral benefits our continued development brings to the A3 platform, taking a look at the splendid array of new features and additions available to everyone. 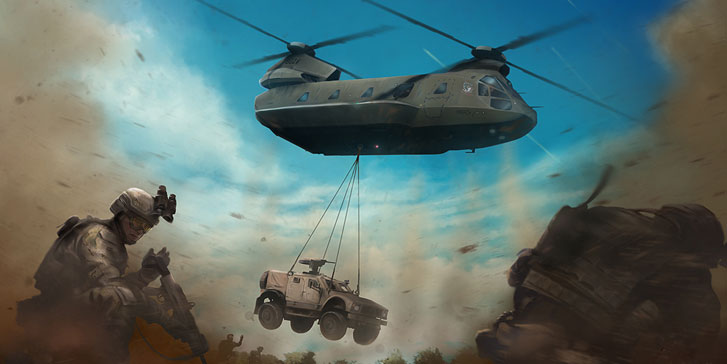 CSAT’s sky-crane inspired Mi-290 Taru and NATO’s CH-67 Huron, based on a modified Chinook design, are capable of carrying a large number of troops and transporting relatively heavy under-slung loads across the battlefield. 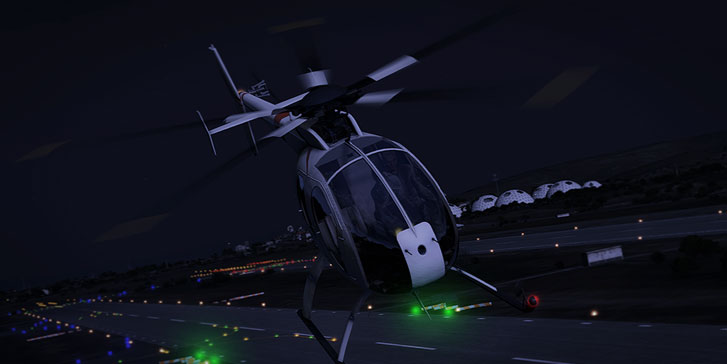 Our splendid new scenarios are designed to demonstrate the unique challenges and rewards offered by advanced rotor-wing flight.

Showcase Sling Loading tasks players to master the use of their heavy transport helicopter and support NATO forces on Altis, while five new Time Trials question even then most experienced pilot's skill against the clock.

While the basic goal of our development has been to add new depth and breadth to helicopter gameplay, another key aim was to offer benefits to all players. With our new features and content, combined arms gameplay in general has benefitted, and the Arma 3 platform is all the better for it!

Most clearly, our Advanced Flight Model brings a new level of authenticity. In addition, we took a shot at enhancing their logistical role (with Sling Loading) and created new gameplay for units in transit (with Firing from Vehicles). Everyone that owns A3 - whether they own the DLC or not - benefits from these features and can play together seamlessly.

While, at its heart, Arma 3 focuses upon infantry combat, we also know that our combined arms gameplay is what truly sets us apart. Drawing upon our experience with Take On Helicopters (TKOH), the central pillar of Arma 3 Helicopters is an authentic flight dynamics model.

Sandbox designer, Karel Kališ, went into more splendid detail in his recent OPREP but, in short, this new feature is composed of three key aspects: new helicopter handling; a configurable set of helpers; and new gauges and indicators. Worthwhile noting, too, is that it's completely optional, configurable, and compliant to server configuration. 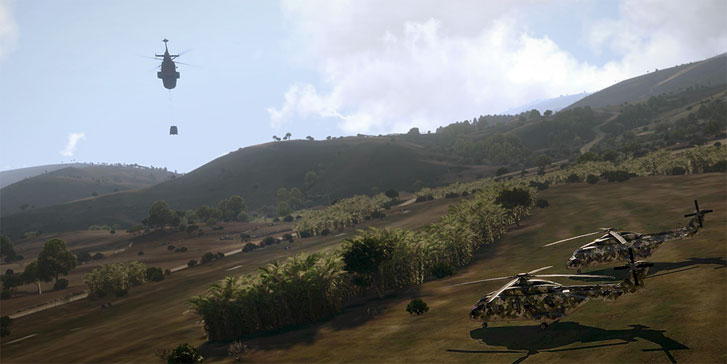 From a pilot's point of view, sling loading offers new challenges and opportunities. While it's possible to drop in supplies without landing, flying with an external load affects handling and poses new problems of unexpected collisions! 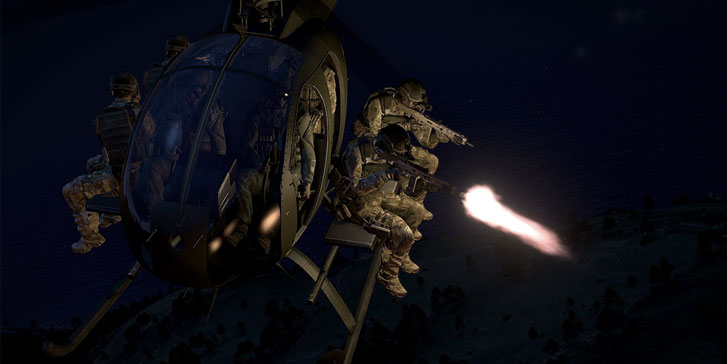 Rather than being passive observers in transit, players (and AI!) in special cargo positions can use their weapons to engage threats.

'Support' is a new, helicopter-oriented MP mode based on Sector Control gameplay with a non-combat focus. Players are tasked with transporting their team's forces in and around the Area of Operation, whist providing logistical support by delivering supplies and executing medevac missions.

Based on a community-friendly, modular framework, 5 official TvT and co-op scenarios introduce a variety of locations and gameplay conditions, in which competing factions use different types of helicopter to fight for control of the battlefield. 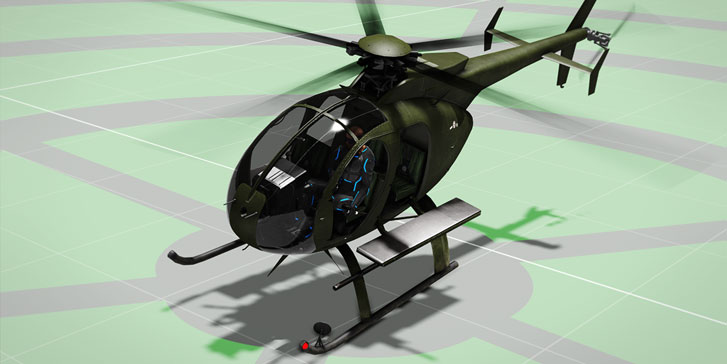 Adding complex new mechanics requires us to support players with the appropriate means of learning about them!

Using the experience and tutorial framework introduced in our Bootcamp Update, we've added a set of VR training missions that help players to master the art of helicopter flight. 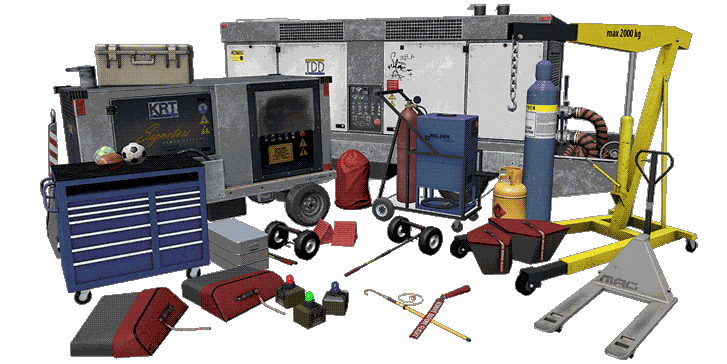 We've added a variety of new objects, ranging from landing platforms to ropes and engine cranes.

Of course, this stands to benefit our creative community, too. Content creators are free to draw upon an extended pool of helicopter-oriented items to enrich their own scenarios.

Looking ahead, we're set to continue along the path sketched out by our 2014-15 roadmap and carry on fulfilling the resolutions outlined in our new year blog. In short, that means continuing to support, refine, and invest in the Arma 3 platform. Development is already under way to further deliver on those objectives. Recently, we shared some progress on our Game Launcher and Steam Workshop Integration. Handling non-Workshop addons and streamlining the process of discovering and installing server-required addons remain key goals. Work, too, continues apace on our next DLC, Marksmen, which we'll explore in more detail over the next few months.

Last - but by no means least - our longer-term plans are in good shape, with splendid pre-production on our Expansion terrain and some positive noises emerging from our top-secret R&D department. Of course, it almost goes without saying that we're still committed to resolving various miscellaneous issues, to squeezing out more network performance and engine optimisations, and to keeping the community up to date with our short-term progress. Speaking of which, with the MANW content-creation contest now closed for submissions, we're looking forward to playing the entries and putting together our finalists. Thanks to everyone that's participating and contributing to the process, and best of luck to all!