Releasing the first part of Arma 3's campaign, The East Wind, represents much more than new gameplay alone: the launch is a splendid package of content and features. While the whole team has contributed to the ongoing support of the game - by way of a multitude of post-release fixes and tweaks - there are some stand-out additions that we'd particularly like to share.

Below, we'll cover a few in greater detail and talk a little about the basic ideas behind our first episode; be sure to check out our SPOTREP for the comprehensive run-down of all the changes and additions. 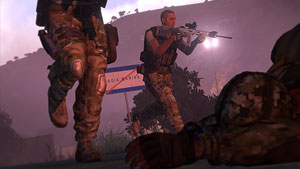 The first chunk of the campaign sets the stage and seeks to introduce some of Arma 3's gameplay basics without overwhelming new players or patronising veterans. Taking on simple subordinate roles in a variety of situations, players have the opportunity to develop their skills and familiarise themselves with some of Arma's unique controls and concepts. Along the way, those starting on lower difficulties will, by default, be offered extra guidance to help them complete their objectives by way of hints and advice.

We hope that 'Survive' finds a balance between throwing new players in at the deep end and supporting them to think about how to complete tasks within certain constraints. By 'surviving' the first episode, we hope you'll be prepared to 'adapt' to the more open and challenging gameplay that's in store for Episode 2, where the player is offered gradually more autonomy and authority.

Alongside Episode 1, some splendid new features have made their way into the game, which contribute to the overall feeling of the campaign. Light Shafts (a.k.a., 'Crepuscular Rays') have enhanced the feeling of being in strong sunlight and dusty conditions. The first chunk of campaign gameplay in particular has really benefited from this graphical enhancement, which - to some degree - has helped to make a play-through feel fresh and new on a terrain with which many players will be very familiar. 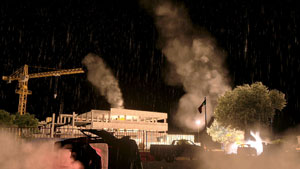 The way we visualise rain has also undergone a modest overhaul. Rather than the old 2D texture technique, each raindrop is now created as simple geometry, which means they're correctly occluded by things like tree canopies, roofs, etc., and are illuminated by global light, which means they become more visible/coloured around things like street lamps and vehicle headlights. Together with the new SFX, it's a good step forward and helps us to create a new feeling in missions where it's raining. We look forward to making more refinements in future.

Of course, this release isn't just about our own story; rather, it represents another opportunity to provide yet more building blocks for the platform - new weapons, animations, 3D objects, scripted modules, etc. - each designed to grant content creators even greater freedom to produce and share their own work.

[thumb class="pull-left" clear-xs]WEAPONS.jpg[/thumb] In terms of weapons, the Rahim DMR is a 7.62 bullpup-type rifle, which offers new long-range punch to the CSAT faction. Alongside that, two new 'heavy' pistols were added - the 4-Five for NATO and the Zubr for CSAT. These add a little more variety to infantry side arms and also feature rails upon which accessories can be mounted.

Our new accessories take the form of optics and sights specially designed for these weapons. The designated marksman scope has a 6x/12x (2-step) zoom and features a top-mounted collimator for more effective closer quarters combat. The new handguns feature the MRD (NATO) and Yorris (CSAT) pistol collimator sights.

[thumb class="pull-left" clear-xs]Stuff.jpg[/thumb] A variety of new editor items have been added. These include larger objects, such as the decommissioned Hunter MRAP and cargo boxes, which were included to reinforce the feeling of the NATO withdrawal - tearing down bases and scrapping vehicles ahead of pulling out - and to provide more options for populating bases, etc.

Around 30 smaller items have been added, too, partly in splendid cooperation with the DayZ standalone team. Items like laptops, documents and medical supplies are now available, which really help mission designers to create the small details in richer scenes. 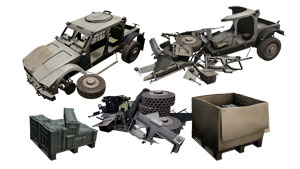 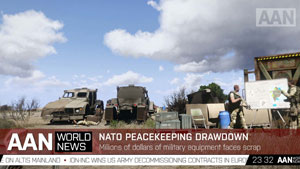 [thumb class="pull-left" clear-xs]USA.jpg[/thumb] More than 100 new animations are part of the Episode 1 package. Many of these are 'ambient', such as soldiers at ease around a base (patrolling, chatting, sitting on barriers, etc.), medics attending to the wounded, and so on. Together with the new objects/compositions, these help to create more believable and dynamic compositions, bringing quite static scenes to life.

The new briefing animations take two forms. Some are performance-captured scenes that can be carefully engineered (read: mercilessly hacked) to suit a variety of situations. Others are more generic moves that blend with a units default idle state, which can be played when needed during a mission briefing to emphasise a point and sustain visual interest. 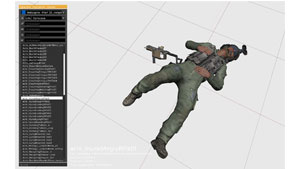 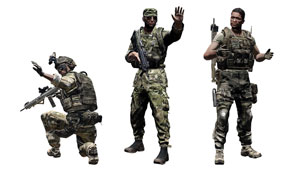 Episode 1 introduces players to a number of new characters. You can meet these guys in the campaign, or fire up the editor and explore the 'Story' section of each faction to find these new models. Highlights include the player, 'Ben Kerry', who has a unique head mesh and set of facial textures, 'Scott Miller' and his UK Special Forces team members, plus a few more besides.

The new British characters sport a new uniform and have their own En-GB protocol. When you place these characters, you'll find there are 3 new voice types from our actors, and one special Jayholder protocol (angry and splendid)! Despite, er, rumours to the contrary, all of the actors are indeed GBR nationals with accents from various parts of the UK. Apparently, there's something about the British accent which confuses players – "Australian!", "South African!", "Faaaaaaake!", etc. Just one of the costs of running an empire, I suppose.

Some great new music has been composed to support the creation of distinctive moments in the campaign. Owners of the Digital Deluxe Edition will find 7 new tracks in their Steam Bonus-folder from the "Survive" campaign episode. In game, the music is deployed as 'Lead', 'Ambient and 'Event' tracks.

Aside from these, the data also includes a number of potentially useful audio effects, such as the background noises of vehicle decommissioning, ambient 'base' SFX of soldiers chatting, and subtle 'forest' sounds. These simple effects help to enrich scenes and establish a particular kind of feeling/tone, working alongside other elements like animations and objects.

Wherever possible, we try to build the campaign on reusable and extensible systems. Examples of useful modules include: the 'ORBAT' viewer (visualising the Order of Battle of military forces - great for establishing that 'big picture' feeling), 'Zone Restriction' (useful for creating no-go zones where it's appropriate), 'Instructor Figure' (our system of providing extra guidance on the battlefield) and 'Friendly Fire' (a configurable system that handles players killing civilians and friendlies). 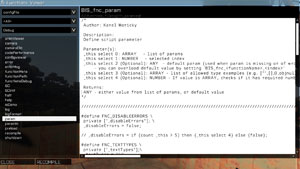 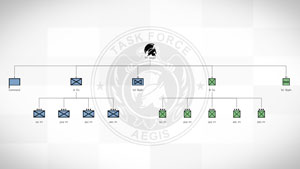 There are also a bunch of interesting new functions - useful chunks of script that are centrally maintained. Some great examples include: 'BIS_fnc_buildingPositions' (returns the available positions of a given structure), 'BIS_fnc_isBuildingEnterable' (checks if a structure is enterable) and 'BIS_fnc_cinemaBorder' (creates cinema borders and handles disabling certain actions like opening the map, using the action menu, etc).

The documentation of these - and many, many more - modules and functions is an ongoing effort, and we hope to improve the process of making our internal documentation external. For now, it's worth remembering that the Functions Viewer (accessible from the pause menu in the editor) is a great tool for browsing these scripts. Much of the documentation can be found in the headers, which describe how to use them, what the parameters are, etc. 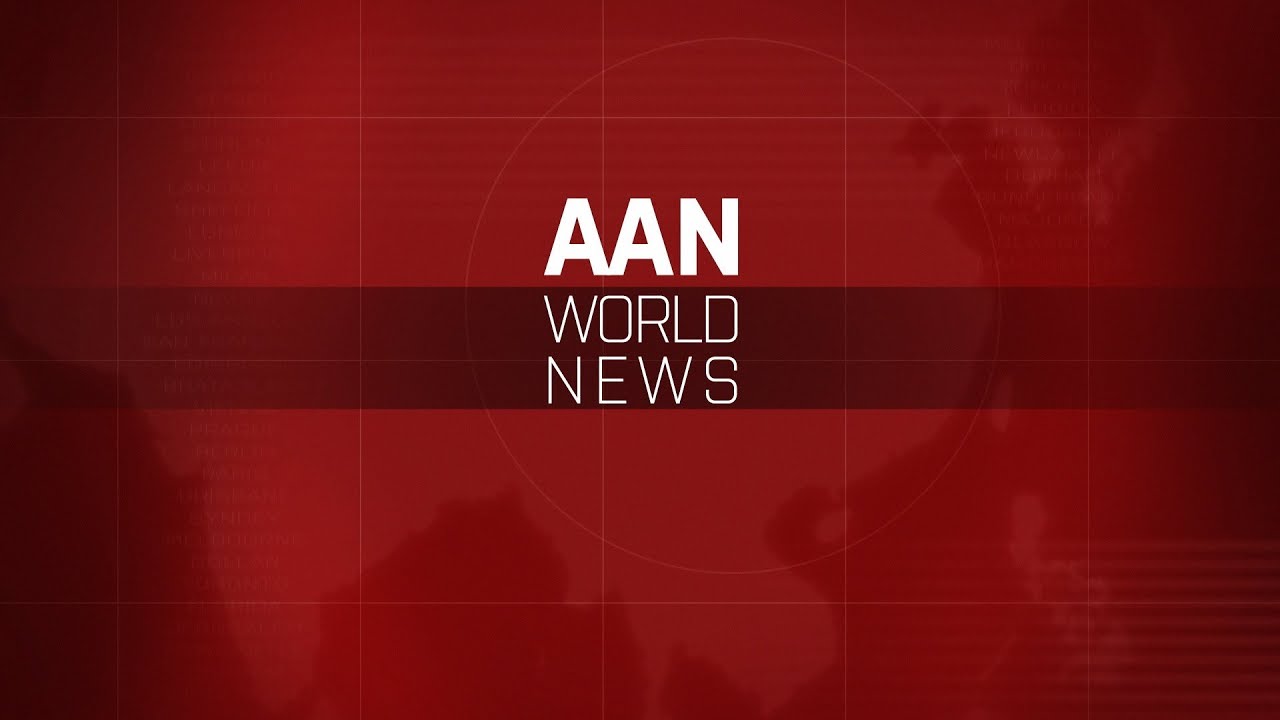 Before we unleashed Episode 1 into the wild, we first released it to the development branch. We'd like to thank all those who played early and provided feedback. This process helped us to make our final release more stable. While we couldn't include all of the feedback (a lot of which we would have liked to if we had time), we were able to fix a few really key problems that would have detracted from the player's experience. Thank you all for helping to make the release of this episode one of the most stable, polished launches in our series' history.

Looking forward to the forthcoming episodes, we’re set to continue to expand Arma 3’s sandbox with additions such as new vehicles and aircraft. In the meantime, other parts of our team are hard at work on creating an updated tools package, which we'll release more information about soon™. Central to our philosophy is improving and extending the sandbox - creating systems and features that are reusable or that establish best practise - but we're also passionate about telling our own story. With the release of 'Survive' we've sought to strike a splendid balance, and look forward to continuing this effort.

We hope you enjoy Episode 1 and our future instalments, and we're looking forward to playing the community campaigns in the near future, too! After all, the majority of our very own campaign team are community veterans themselves!