2015 was yet another busy year for our teams. From Marksmen DLC in April through to Nexus Update in December, we’ve seen a number of launches, announcements, and platform updates.

With that in mind, we'd like to offer up a brief retrospective of our work, and sketch out some of the development we've lined up for Arma 3 in 2016. 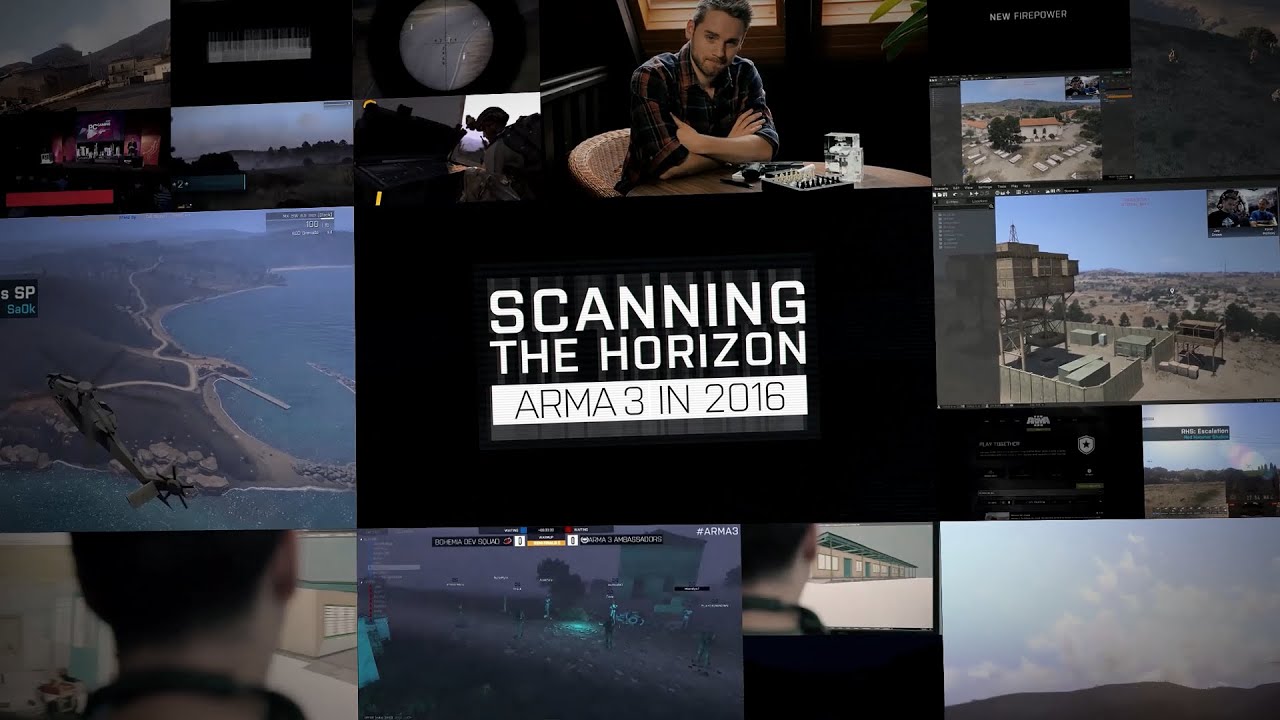 Of course, there’s much more we could dig into; to get a sense of it all, check out a few 2015 SITREPs. Fair warning, though: there are 48 of them!

So, looking ahead to 2016, we've got a lot more ground to cover! Once again, let's pick out just a few of the things that we're most looking forward to:

Of course, we've only scratched the surface of our plans here, which we'll flesh out as we close in on future milestones, when we'll have a lot more to reveal!

As always, we're thankful for our team’s creativity and dedication. Thanks, too, of course, to our community and players, which we were proud to see exceed 2 million last year.

Overall, 2015 has been a vital staging point; now, we've got high hopes and big ambitions for 2016. We hope you'll join us on the road to Arma 3 Apex.