Arma 3 hails people of every flavor from all over the world. To get to know them a little better, we're hosting a series of mini-interviews with some of our amazing community members. These aim to give you a personal insight into their backgrounds, why they got into Arma, and how they typically experience the game. In this week's Community Profile we have the pleasure of meeting community member, NyteMyre. 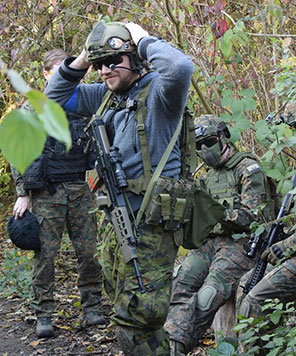 I was a supervisor at the old European eSports website called ClanBase. Now and then, I still meet random people from that time who recognize me by my nickname.

My first Arma game was Operation Flashpoint: Cold War Crisis. I actually own 4 different versions of that game: the original game, a bundle with Red Hammer, the GOTY (which included CWC, Red Hammer, and Resistance), and finally the Steam version.

Although Arma 3 is probably the game with the most hours of playtime, I have to give my favourite game of all time title to "Metal Gear Solid" on the PlayStation 1. I remember the awe I was in when I first finished the game. It's also the game I've replayed the most from start to finish.

My favorite live-action movie is Saving Private Ryan. My favorite animated movie is How to Train Your Dragon.

My pizzas are round, come in square boxes and are sliced in triangles, but are 100% pineapple-free. 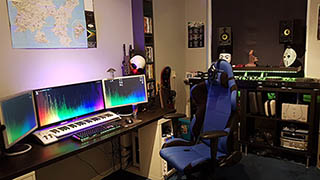 As a kid, I always loved shooters. I played a lot of GoldenEye and Perfect Dark on the N64. But I always dreamed of a larger and more open shooter — where you had open fields, thick forests, and villages. That was the kind of game I wanted. The first game that sparked my interest was Delta Force: Land Warrior. It was fun, but still not really what I was looking for. Then I read a review of Operation Flashpoint in a game magazine, and all I knew was that THIS was the game that I wanted. I played so many games of Capture The Island back then over a 56k internet connection. No regrets!

My favorite way of playing Arma has always been multiplayer coop missions. I've played in several milsim communities like SCF, TangoDown.NL, 11th AMB, and I'm currently playing with the open community "Project Awesome". I also try to educate myself more on the scripting side of mission making, and try to be a dedicated mission maker for this group. However, real-life and sometimes overzealous mission ideas get the better of me.

3. Can you tell us about your most remarkable Arma 3 moment? (most funny, memorable, biggest achievement, etc.)

My most memorable moment was in Armed Assault, where I played a mission made by ShackTac called Operation Mongoose. This mission was a sort of modernized WW2 paratrooper mission. So no night vision, no radio communication, and no map unless you were a squad-leader. I spent the first 30 minutes lost and alone in a forest in that mission, trying just to regroup with other players; trying to spot flares in the distance that would mark friendly positions; not sure whether to move towards or away from that gun fire in the distance. This mission was so intense that I found a new love for the game. I've loosely recreated the mission in Arma 3.

With so much good content out there, it's hard to pick just one favorite. I could probably name a favorite one in each category alone. But if I really had to pick one, it would be the dynamic mission called "Forgotten Few 2" by KingN. I've spent a lot of hours playing this mission. You play as either Russians or Americans and are presented with randomly generated objectives that you can pre-plan beforehand. It's not as customizable as, say, "Dynamic Recon Ops", but it's a lot more structured. I can really recommend this mission to everyone.

Always remember that if you join a community, you join to have fun. If the community treats you like a FNG and gives you a lot of crap, just leave. There are plenty of other communities who will treat you better. You're not enlisting in the military.

6. BONUS: Would you rather be able to control fire or water? (why?)

Fire sounds cool, but water is a lot more practical. Also, as a Dutch guy, controlling water is in our blood.

Don't be afraid to ask questions, especially when you're new to the game. Join the Arma discord, the Bohemia Interactive Forums, or post on the /r/Arma subreddit. There's always someone willing to help you. Join a community if you don't want to play alone. Plenty of communities are jumping to have you on-board. And most importantly, have fun!