Last week Bohemia Interactive has been running an ‘Arma 3 Xmas Fever Competition’, where people were asked to create something festive for Arma 3. Today we're announcing the winner!

And the prize winner is... 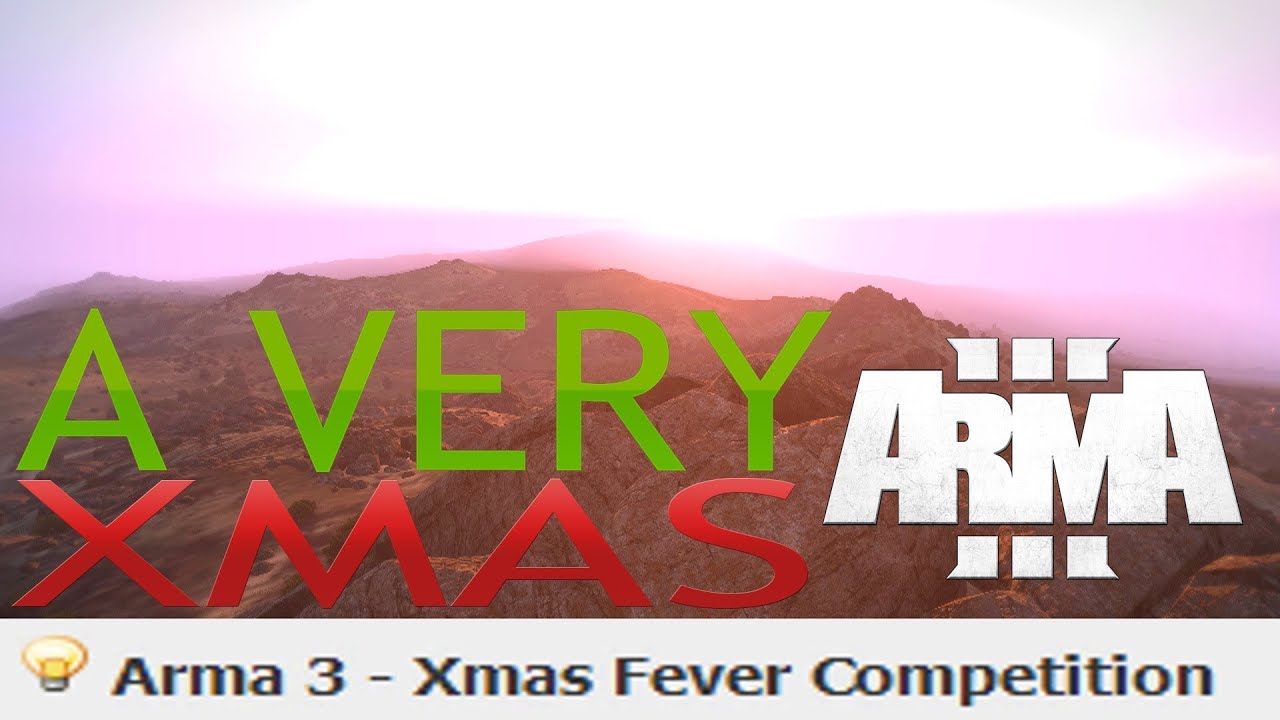 MicOne’s video has earned him a printed Arma 3 Tactical guide (with signatures from the entire devteam), plus an Arma 3
t-shirt, lanyard, pen, and 32GB Flash Drive!

Since there were several great entries, we decided to pick four runner-ups. They’ll receive an Arma 3 t-shirt, lanyard and pen.

'Twas the night before Christmas,
All players in their beds,
The launch of ArmA
still fresh in their heads,

Rewind to the Alpha,
an event that was so grand,
and even included talks
from Joris van't Land,

The small island of Stratis,
released in its prime,
permitted the game
to reach Beta on time,

With the Beta soon out,
The Devs gave us VO's,
Most of which sounded
strikingly like Jay Crowe!

The Beta arrived,
all jumped in glee,
for began to appear,
guides from Dslyecxi,

Among the release,
one landmass abyss,
otherwise codenamed
as the land of Altis!

Many noticed however,
a lack of armour there,
solved by none other
than the IFV-6c Panther,

Its rival being no worse,
the BTR-K Kamysh,
posing a threat,
just waiting to be unleashed,

It was then up to the final version,
to be of the intent,
to bring us the rest
of ArmA's epic content,

And then it was so,
ArmA's release passed,
open to all,
to have a good blast,

Tanks, Aircraft and Choppers,
more units than before,
all aiding our efforts
in virtual war,

Now there's an array,
of vehicles like the Slammer,
ready to annihilate enemies
like a metaphorical hammer,

The Cheetah and Tigris,
armed to the teeth,
causing any aircraft
to turn to minced meat,

We really should not forget,
about the artillery however,
the Scorcher and Sochor,
destroying whatever,

Alas there is more,
the Ababil and Greyhawk,
such silent UAVs,
to upon enemies stalk.

Just as we all began,
to settle with new units,
BIS announced a campaign,
which they admitted they split,

Three episodes to play through,
all sounding amazing,
the protagonists in the first
survive with a light grazing!

One can only speculate,
what the other two will be like,
and whether NATO
will put up a good enough fight?

With official content aside,
it's time for us to see,
what will be the best mods
from the community be?

Tactical or humourous,
there's something for all,
from massive full conversions,
to those mods that are small!

It's to you to decide now,
what kind of game you desire,
I merely created this poem
In the spirit of Christmas cheer,

So I hope you go and find,
what you think truly right,
Merry Christmas to all,
and to all, a good fight! 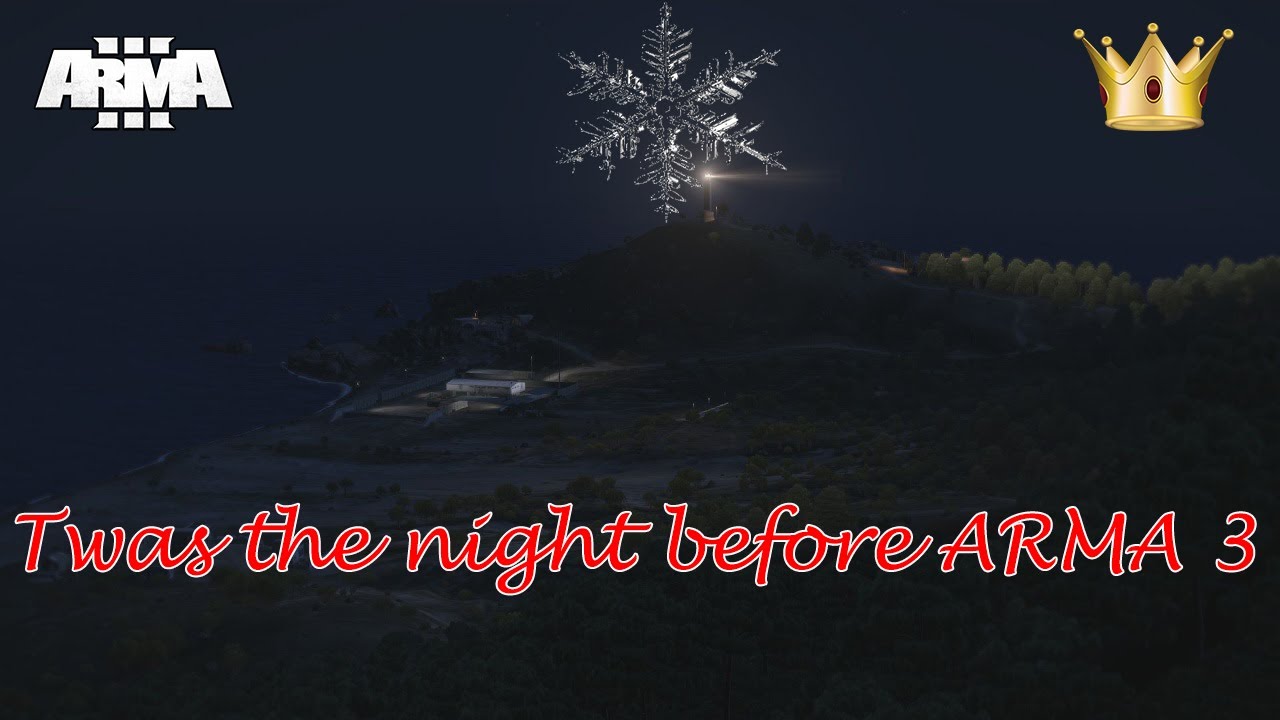 The winner and runner-ups have been notified by e-mail.

Here’s a selection of the other Xmas-flavoured Arma 3 submissions. Thanks everyone for participating – and happy holidays from all of us here at Bohemia Interactive!